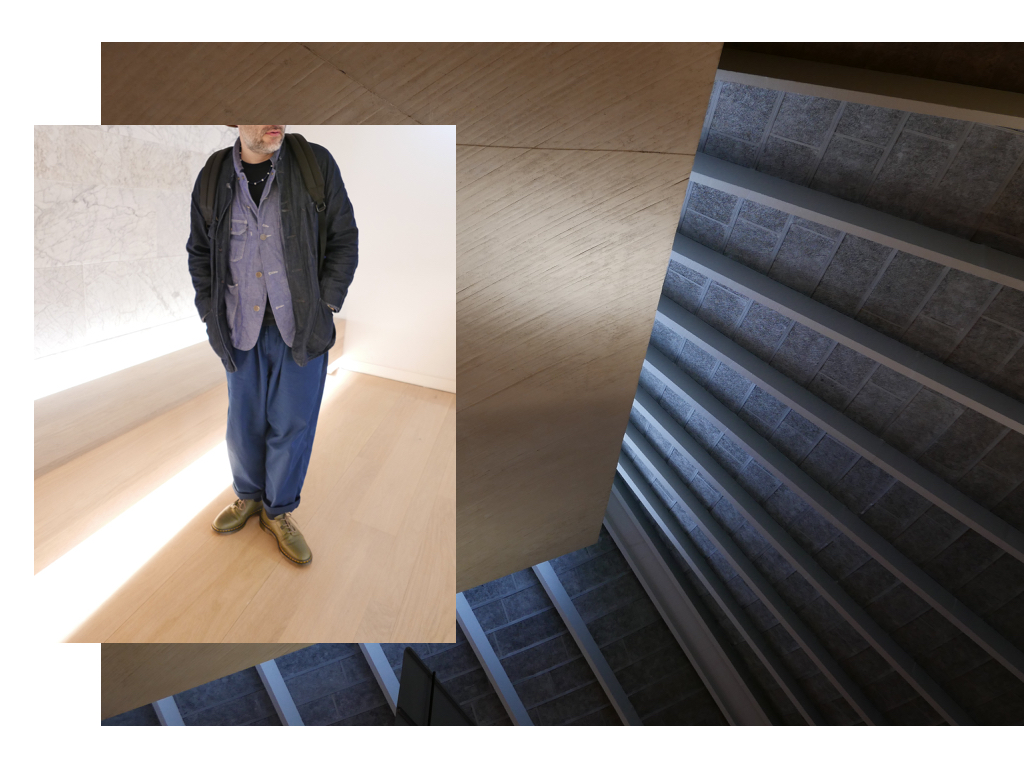 The new Design Museum in London’s Kensington is a good place to laze about pretending to be intelligent. You can peer quizzically at the humble traffic light, early Apple computers and Dutch chairs from the 1920, and with the odd squint and occasional nose wrinkle, do a passible impersonation of someone that knows their form from their function. It doesn’t hurt of course if you dress for the occasion. I went for this look. One that suggests I can comfortably chat post-war minimalism with John Pawson, but be equally comfortable chowing down on a Chicken Planet while trying to stream an episode of Billions on my phone.