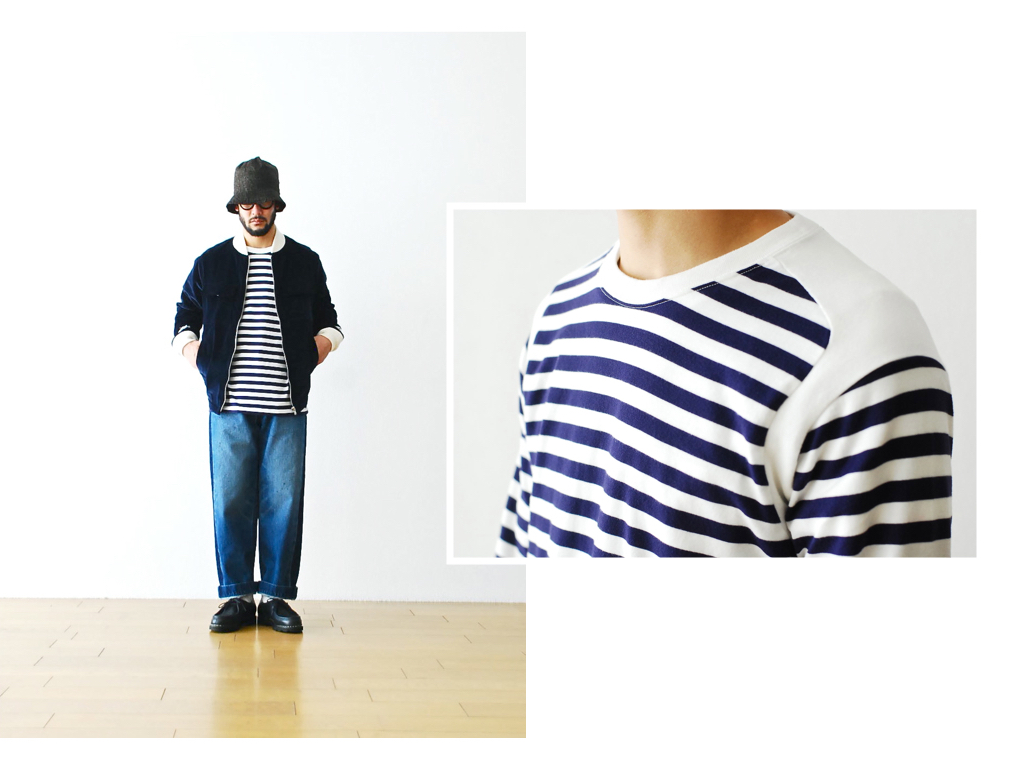 Fashion is about just the right amount of different. Avoid looking like a clown, stand apart from the generic; that’s basically it. So there’s this top that does just that. Regulation Breton-style stripes may be fairly humdrum, but this Bru Na Boinne version warps the expected in a couple of notable ways.

Firstly, it’s purple. At least the stripes are. Navy, royal blue, red… all pretty standard, but purple, that’s sort of a thing right? And secondly you’ve got that white accenting at the shoulder.

There’s something of the galactic athlete about it. It’s the ideal shirt for taking part in a basketball/roller disco hybrid, in an episode of the 1980’s sci-fi classic Buck Rogers. You know, there’d be bleepy music and a big digital clock logging the score. And the spectators would be heavily made up girls in lurid swimsuits with tinsel in their hair. Come on, who’s with me?