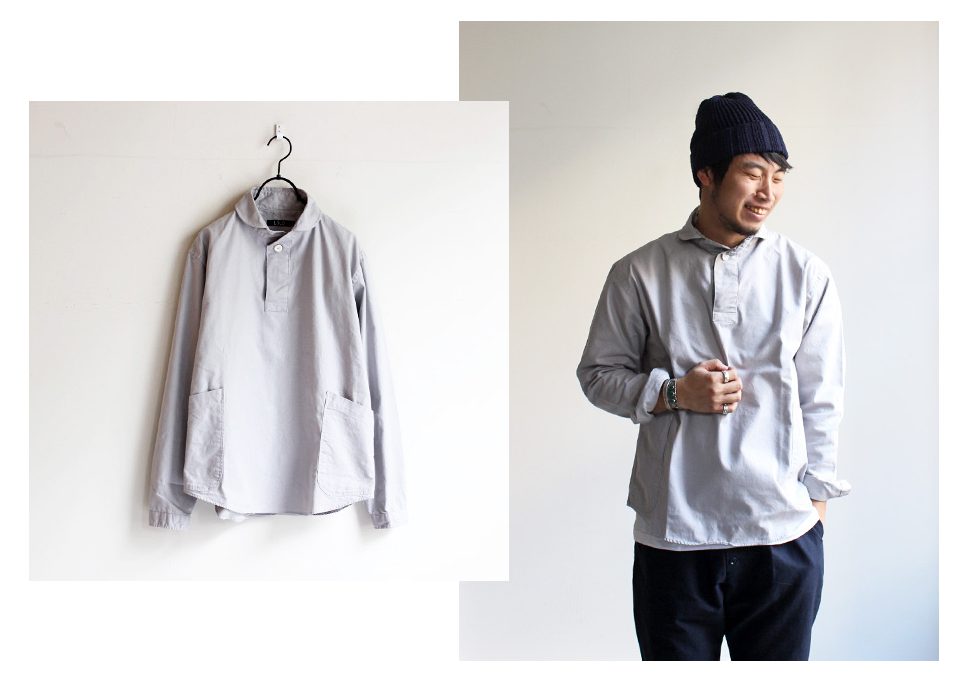 Another day. Another Japanese brand I’ve never heard of, but probably should, have but haven’t. This one’s called LOLO. Google coughs up a load of piff about the game League of Legends, but I’ve gleaned some intel from retailer Strato. I also know they make shirts rather exactly like this one.

According to the brand, they’ve been making this shirt style, “continuously for more than ten years“. A fact that renders my obliviousness to them somewhat shameful. But it’s a damn nice style all the same. A pair of giant pouch pockets insist on an untucked, slouchy approach to wear and just check out that collar… A jumbo cutaway with an extended button placket at the top, just sort of sitting there, drooping.

As is typical of a bunch of the attire I spotlight, it wouldn’t look out of place at the business end of a potter’s wheel. It’s mad arty bro. Basically sartorial shorthand that indicates you’re the kind of man who appreciates the work of Isabelle Huppert and the high art of modern mime and wouldn’t turn his nose up at a bowl of paprika crisps.