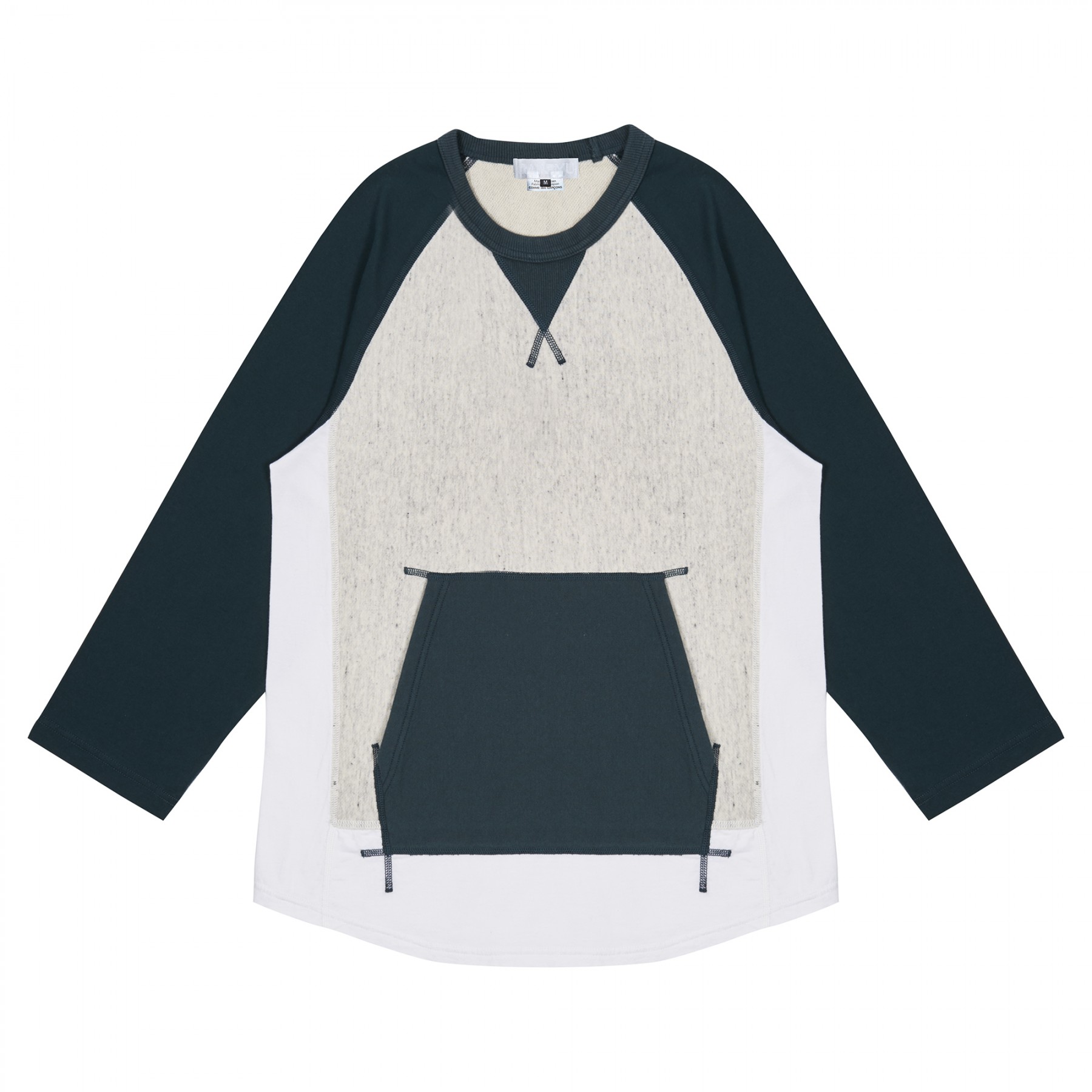 I don’t know why so many American’s are miserable? Okay, so you’ve got Trump’s press secretary Sean Spicer and senior White House aide Kellyanne Conway and their “alternative” inauguration “facts”. But surely this just means that complete bare-faced bollocks is now fair game. I think your average yankee doodle is missing a trick. Think of the potential. Try on a pair of sneakers in a store and simply walk out in them. “I didn’t steal them, they’re mine, and frankly I’m disgusted at the accusation.“Time to pay the restaurant bill? “I’ve already paid it. I don’t care that you haven’t a record of that. How fucking dare you try and make me pay twice.” I’m going to buy this £300 Ganryu top, then call HSBC and tell them I didn’t buy it. And it won’t be a lie. It’ll be my alternative truth.

This is a “Washed Pile Lined Cotton Longsleeve T-Shirt”. Colourwise, it’s green and grey. It’s made in Japan. And it’s got a bunch of pronounced overlocking detail to make it look ‘designer’. Some might say that the £300 price is far in excess of the actual cost of the fabric and the construction. But that’s untrue. It’s made of very very exclusive cotton and so it definitely probably cost 98% of the £300 to make, with only 2% going towards profit and the designer’s genius. Frankly it’d be disgusting and shameful to suggest otherwise.