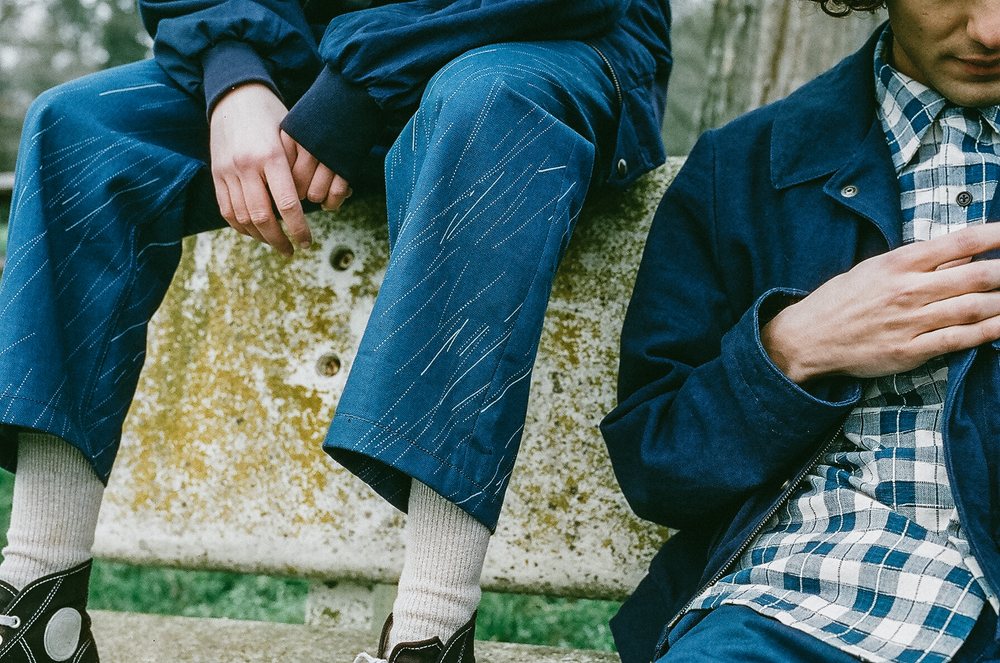 The guys over at Story MFG seem to be all up in the ‘laser’ lifestyle though. These jeans are actually patterned by lasers. And very eye-catching they are. They clearly set their lasers to stun. To stun I say…

The brand apparently wanted to achieve something, “a little more future-y than vintage markings“. So they decided to, “scorch“, their  natural indigo denim with “sideways ‘laser rain‘”. The resulting wide leg jeans are certainly a stand-out. If they had my size, I’d grab a piece of this right now. But over at retailer OTHER/Shop they appear to only have 32 waists left, which is a little ambitious from my perspective.

You can find out more about the whole lasering process over here, and if you’re taken by this raygun raked antics give OTHER/Shop a bell. I’m sure they’d help a brother out. They’re fucking laser like that.