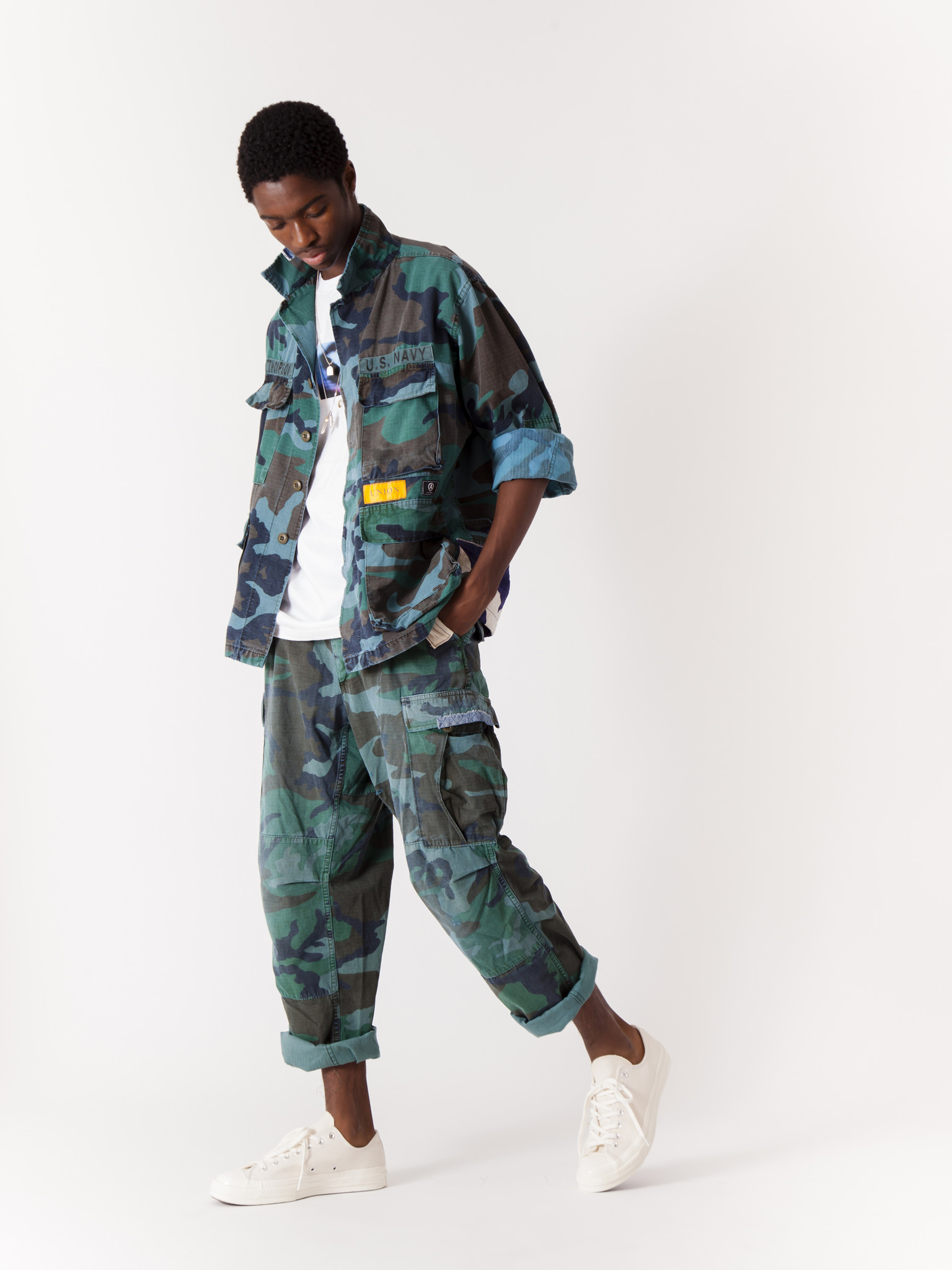 Just last week, these jackets were sold out. I’d actually started some typically meandering and next to useless copy about them, then noticed Union only had a small left in stock. So I stopped writing and had a bag of Nik-Naks. And that was that. Anyway, they’ve clearly had a new drop this week, all the sizes are back.  So, you know, let the time-wasting-waffle-featuring-a-link-to-buy commence.

This jacket (or jackets as there are three variations) are the result of a colab between the store Union and U.S. Alteration. The latter being a Beverly Hills outfit who’s remit appears to be the customisation and re-jigging of vintage Americana in their on-site atelier.

So what you’ve got here are some baby blue over-dyed, ex-military,  M54 camo jackets, with a piece of nautical flag sewn in the back. I can imagine these being worn badly by a manicured, Gucci loafered, LA quiff. I can imagine them looking pretty strong on a scruffy and emaciated east London chancer.

Course, the likelihood of them finding their way to London are slim. The weak pound and the oppressive import duty from the States, is enough to put most menswearmen right off. As luck would have it though, I’ll be in LA in a couple of weeks. Maybe I’ll bring a piece of US Army history (through a Beverly Hills lens) back to Peckham.