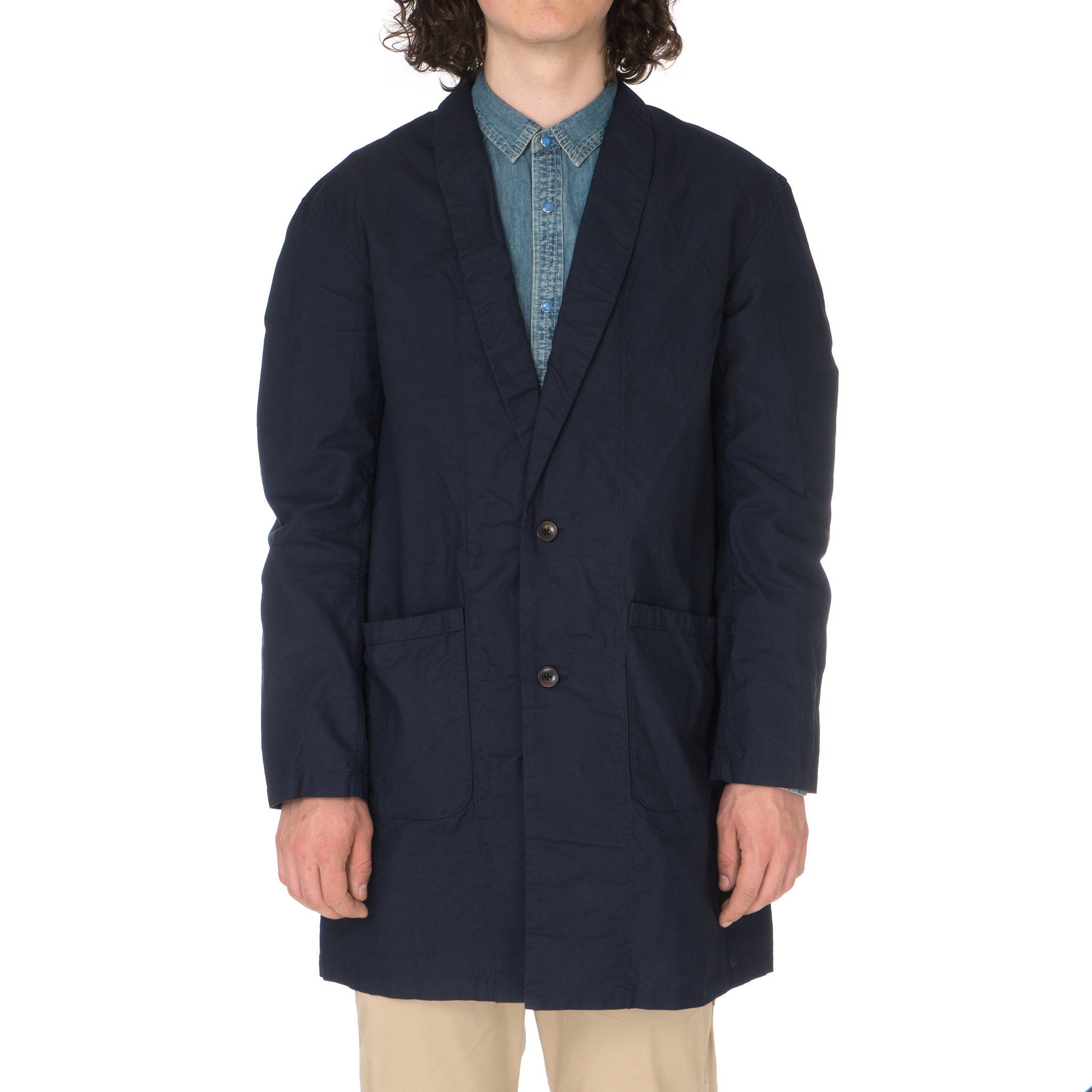 At first glance, this may not appear the most eye-blasting piece. In a number of tiresomely literal respects, it’s a cotton coat. That said, there are a couple of things going on here that may just be worth a minute or so of your rapidly evaporating lifespan. Firstly, it’s on sale. You’ll get the price after the jump, but suffice to say, it’s not bad. Secondly, and rather cryptically, it definitely isn’t what it is. Intrigued? I wouldn’t be.

So it’s by Sophnet – a Japanese brand which I’ve got a soft spot for without actually buying anything from them. They usually plaster all their kit with polka-dot/camo mash-ups, but this is mercifully plain and simple. So why isn’t it what it is? Well because it’s called a ‘Gown Shirt’ and unless I’ve accidentally digested my own brain, it’s neither. It’s clearly not a shirt, I’m mean look at it, it’s a coat. And as for being a gown, yes it’s got a shawl collar, but you’d hardly throw it on after a splash about in the jacuzzi. I know, I know, I’m not to take this stuff too literally. But you can’t start naming products after things they’re clearly not? You’d end up shopping for a double pack of mille-feuille and return home with a Mercedes S Class.

Anyway, it was 445 Canadian dollars, now it’s 267, which in newly minted Farage Pounds is a mere 156. Which for a thing that isn’t any of the things it says it is, is arguably reasonable.