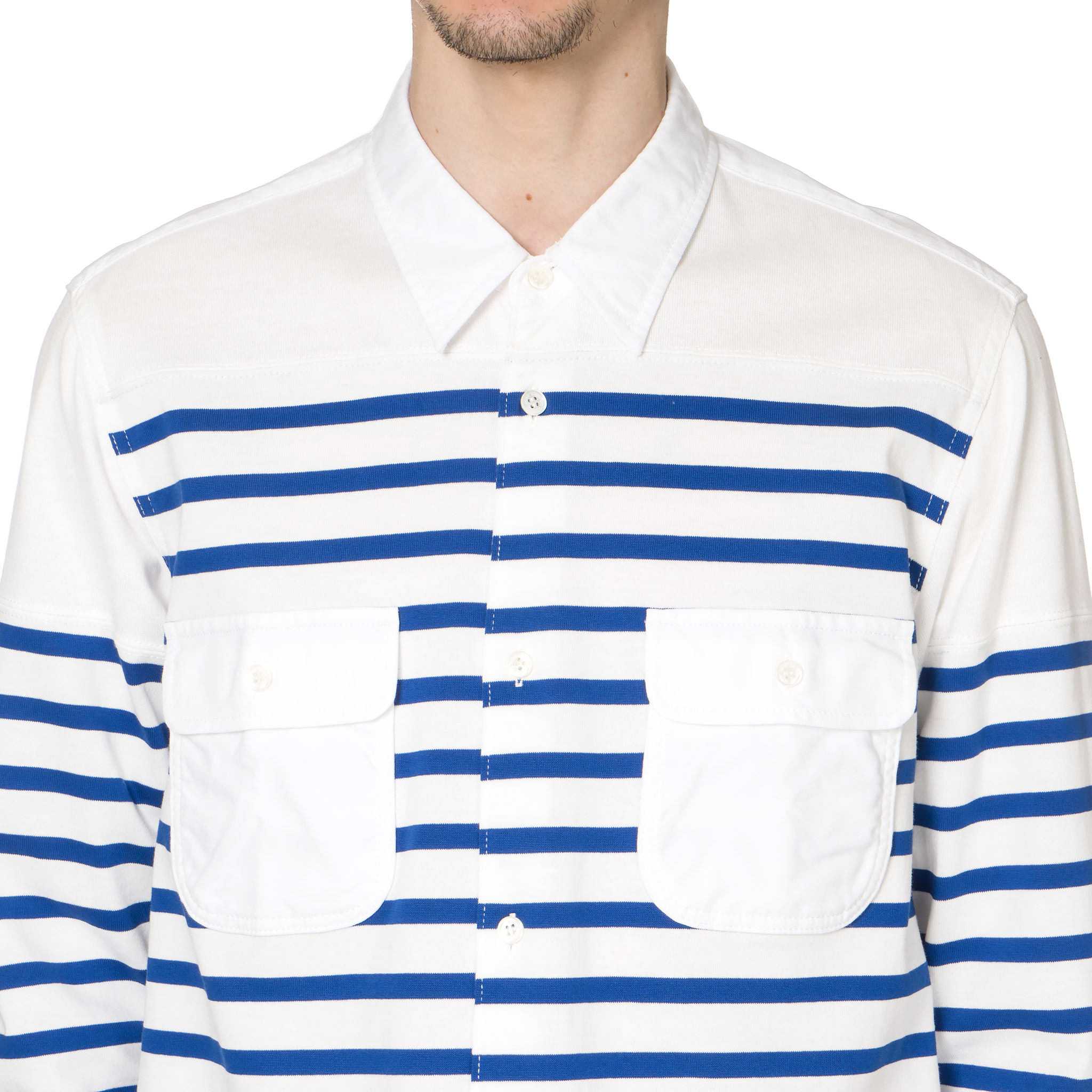 In amongst the asymmetrical, the unstructured and the mutant which forms the majority of Comme des Garçons output, it’s easy to overlook the CdG Homme line. While Junya Watanabe is at the helm, the line lacks the showy spectacle of his signature garish fabrication. Sure, there’s crumpled synthetics, some popping colour here and there and some restrained cotton patchwork, but CdG Homme, often seems to read as a Comme des Garçons greatest hits, and a diluted one at that. Which is probably why I love it. The garments are actually wearable, just enough Commeness to make them interesting, without enslaving the wearer to any grandiose statements.

Haven have been supporting CdG Homme for some time and while the price points don’t make comfortable reading, you can be sure you’re not going to be sharing a bar with a dude busting the same fit. I kind of like this work shirt style from the most recent drop. The only problem? The nautical stripesness.

It’s difficult to avoid nautical stripes. A cursory poke about buggy-friendly London cafes illustrates their place as shorthand for me-too, middle-class taste. Blah blah St James, blah, blah, Armor Lux… Even those hellish couples ads by upscale Reiss-a-like The Kooples are full of them. I mean, come on…

It used to be people wore leather to look like James Dean, or boho dresses and cowboy boots to look like Kate Moss. Now everyone thinks they’re fucking Bardot or Edie Sedgwick because they’re forking their kedgeree in a sailor top.

So where does that leave this stripy jersey shirt? I’ve no idea after that rant. The plain white pockets break things up nicely. And as the stripes cease at the shoulders and hem, there’s a more considered feel. On the other hand it’s 228 quid, and sailor stripes are the preserve of tote swinging mums in Converse. Not sure what to say, I quite liked this top, but I appear to have talked myself out of it.