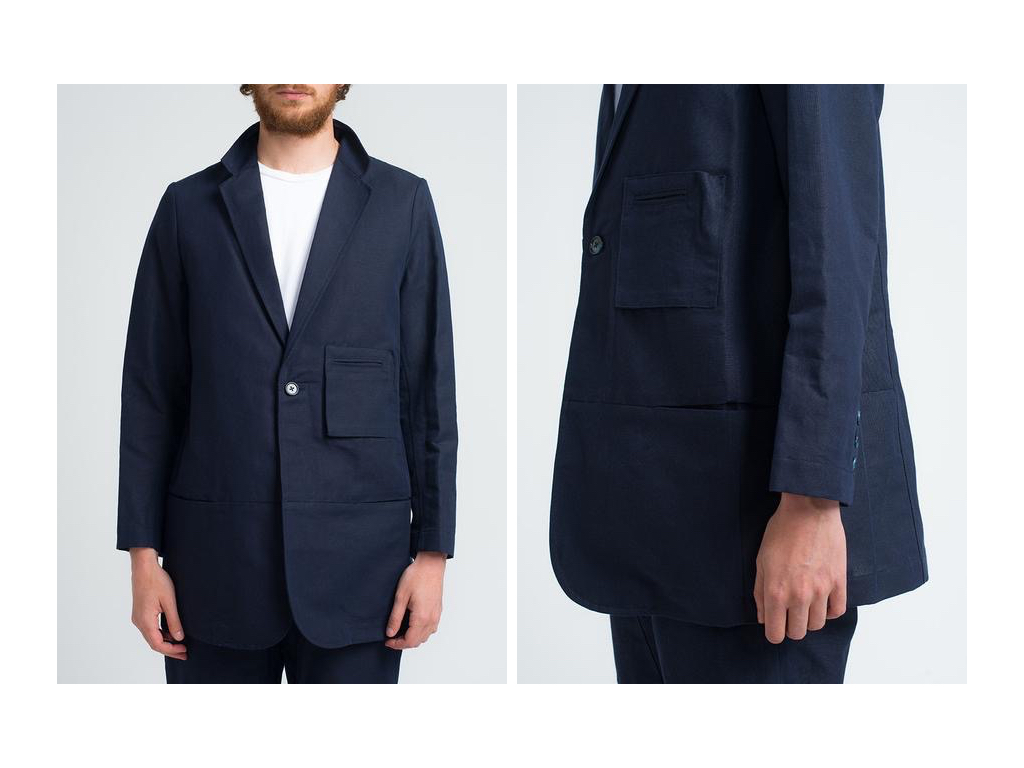 You know when a junior member of a team quietly suggests an idea in a business meeting? And you know when a manager in that meeting loudly agrees with the idea, before talking over the junior, repeating stuff that’s already been said in an effort to make it look as though it was their idea all along? Yeah, me too. I wonder if such managers actually believe they’re fooling anyone? I wonder if they actually think their deafening honking is hiding the fact that they’re simply an idea rapist?

Of course, none of this has anything to do with today’s garment – a rather tasty Death To Tennis, cotton/linen overcoat. It’s just that when you want to write your 1000th post about a navy coat, inspiration can be a little threadbare.

I can say it’s lightweight (because they say so over at the retailer Gentrynyc.com), I can say it’s got, “exterior pouch featuring a pen slot and bellow welt pocket“, (because I’ve just cut and pasted it from the retailer Gentrynyc.com) and I guess I can point out it’s pretty cool (a penetrating insight from my own mind), but after that I’m out. It’s almost like I need to steal an idea from someone.