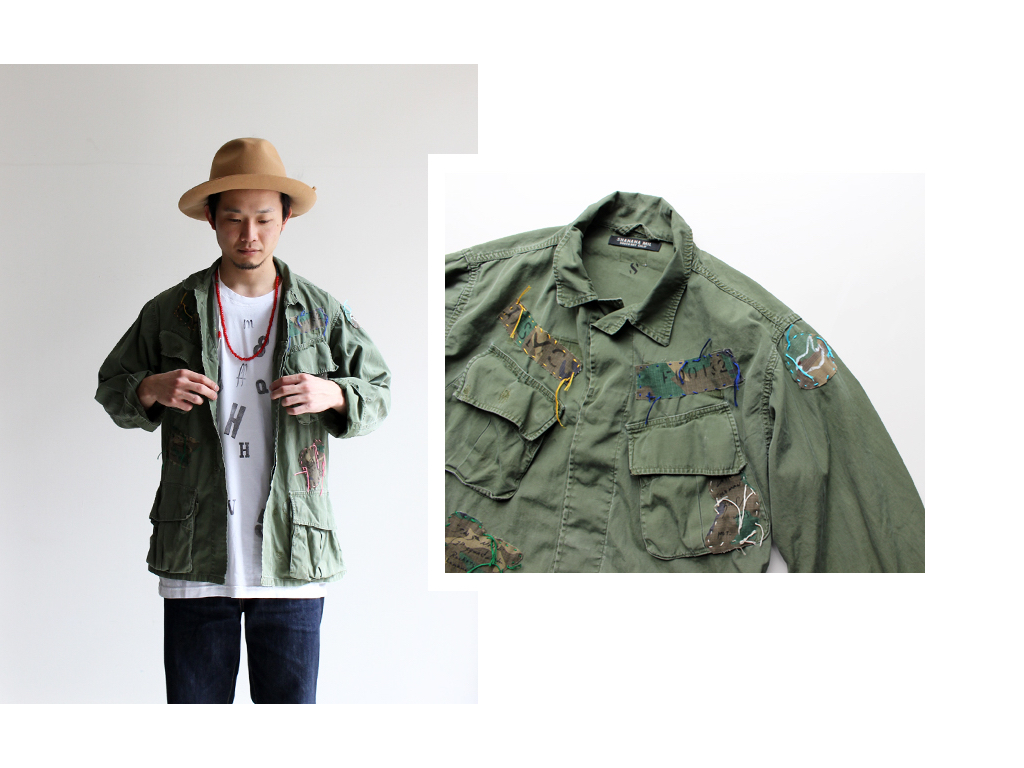 I love shit that looks like I made it, as long as I didn’t actually make it. I mean, I could sew some bits of camo onto an old army jacket with coloured wool. I could definitely, physically, do that. But it wouldn’t look the same. And more importantly, I’d know. I’d know I did it. And, perhaps irrationally, I’d assume other people knew too. This thought would then flounce around my head like a grinning court jester with curly shoes, repeatedly prodding my insecurities with a stick made of bells. Don’t fancy that much. Probably best to just buy this.

It’s much easier to get away with homemade looking shit, if a wildly obscure brand made it.  And this brand, Shanana Mil, is wildly obscure enough for me, I’ve never heard of it before. I think it hails from Los Angeles, but you can grab this piece over on Japanese hipstermart Strato.

Judging by some rudimentary Google translating, the jackets are 1960’s US Marine originals, artfully augmented with camo bits, with scribbles on, attached with multicoloured wools. I’m not saying there wasn’t a thoughtful and considered approach to making this, however it’s apparent absence is actually a virtue. It’s just looks a bit random. A little thrown together. And I love that. But as it’s £261, I just wish I’d got the confidence to make one myself.