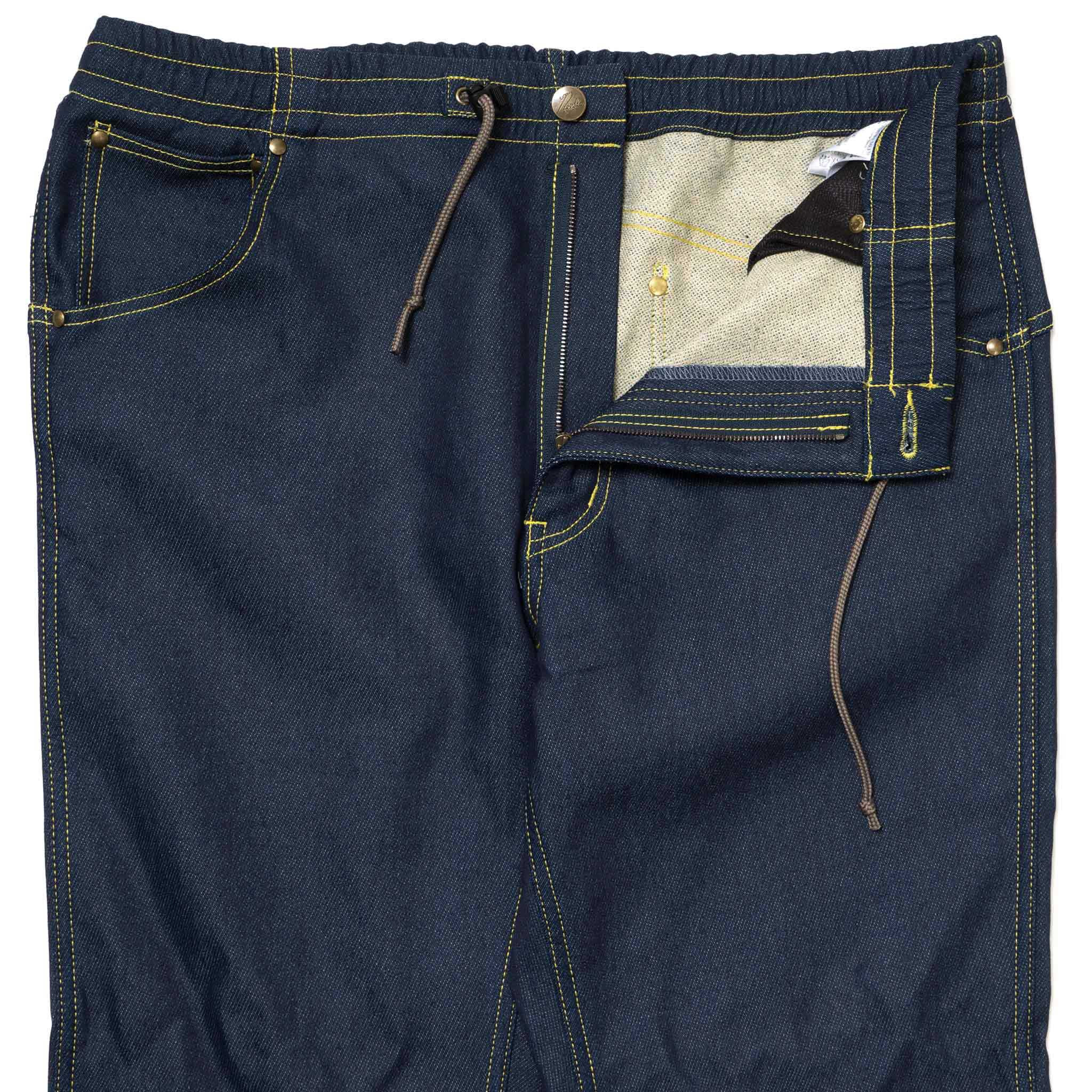 Drawstring jeans? Too lard-ass American in a La-Z-Boy with a mouthful of Cheetos? Not in the mind of Nepenthes top-man and Needles designer Keizo Shimizu. These things are so fire, they are literally on fire. And by literally I mean actually. These jeans are on fire. There’s smoke, there’s the stench of smouldering denim, there’s fire. By all that I mean, they’re not actually on fire. But they are good.

According to retailer Haven, they feature a “zippered rear accessory pocket”, which is a rear pocket with a zip on it. I guess you could transport accessories in it, but what it a dude’s ‘accessory’? A knife? A bandana? A swimming cap? No clue. Don’t care. This is Needles people, chock-full of weirdness and unexplainable unexplainabes. I deeply want these.

I’ll even excuse the barbarous yellow top stitching – which usually would turn me right off. I’ll even excuse the tapered fit, although I would buy them as large as possible and roll them up with some aggression. Fuck the middle-American TV dinner crowd, drawstring jeans are what jeans are about right now.