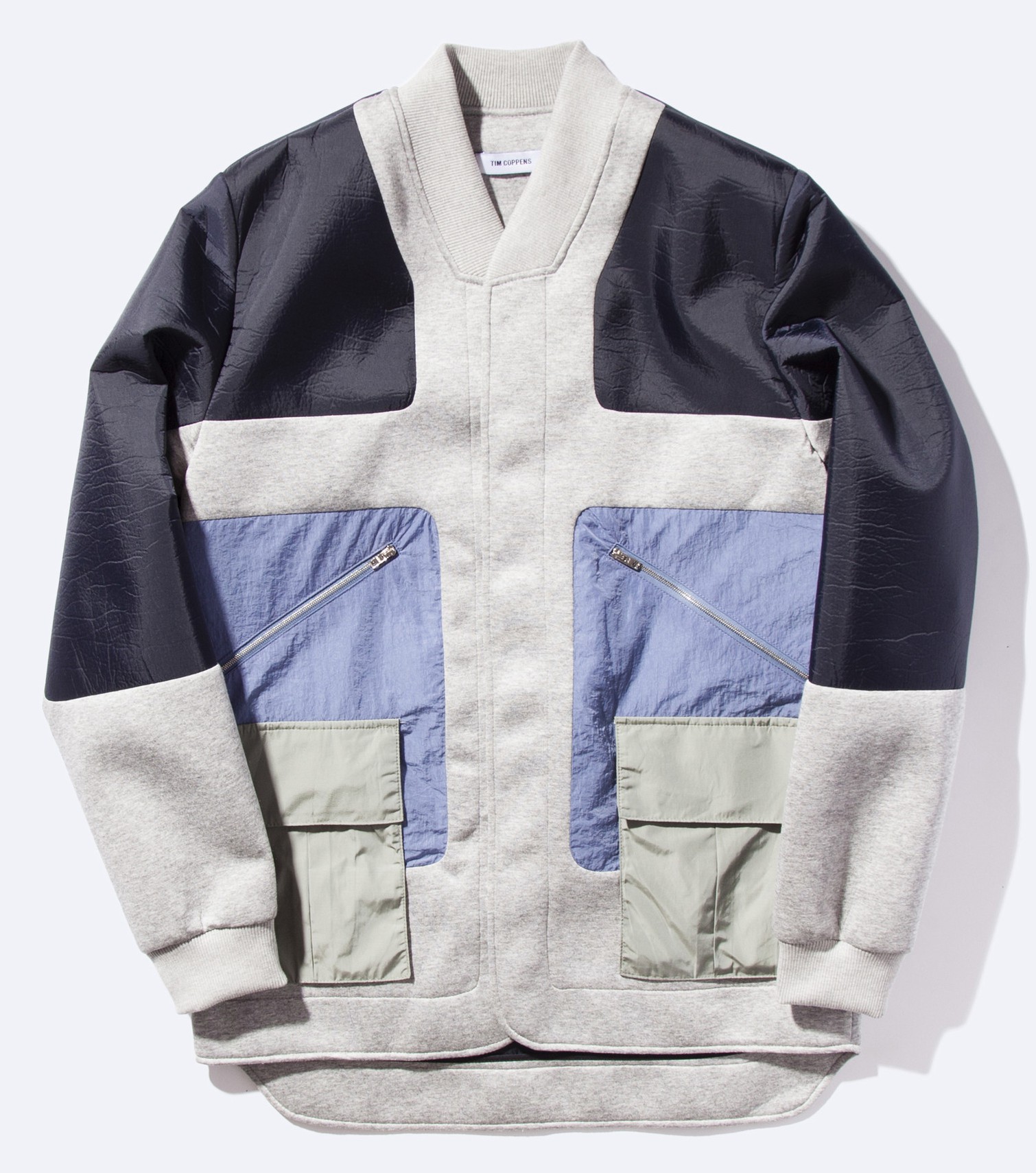 At the utilitarian/streetwear end of menswear, stores are full of mutant pieces that are neither one thing or another. Things that are sort of a shirt, but kind of a jacket. Sort of a sweatshirt but also a bit coaty. I like this steezy hybridisation. I enjoy layering options that run contrary to the “coat goes on last” textbook. And pieces such as this cardigan/shirt/sweatshirt thing are useful tools in a more pioneering laboratory of dressing.

There’s fleece and nylon sections cut into this Franken-garm and while it’s clearly rooted in sportswear, there’s a clean, smartness to it too. I wouldn’t go so far as to dress it up, but neither do I think it’s O’Neills territory. It’s weird basically. And a proper weapon.

I should probably point out it’s by Belgian scissorer Tim Coppens and can be nabbed over at Union. Although you’re going to have to have some severe wedge. While this piece has the presence of sportswear, Coppens is a fashiony brand, one that expects you to pay for both the garment and the presumed philosophy. Neither are cheap, expect to be 490 quid lighter.