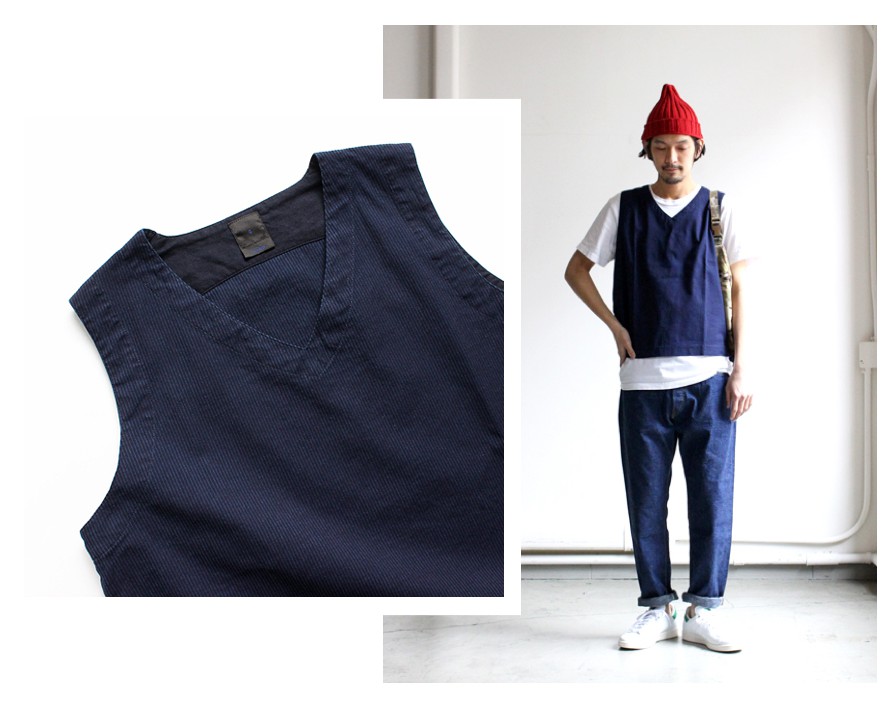 Tank tops! Yes! I’m rarely excited enough to use an exclamation mark. I deplore their deployment. However, this is a tank top. One of the most derided of menswear pieces. Think tank top and you think wheezing old duffers, faded Fair Isles and safe late-70s sitcoms starring Richard Briers. Or I guess, you might think golf. Either way, you don’t think indigo dyed corduroy. You don’t think Japanese bro in a orange beanie looking the flyness.

As the only place you can swag this Mailiot oddery is Strato (a Japanese e-tailer with an understandable distain for the English language) and there’s not that much I can tell you. It’s basically a slip-over vest type thing (or tank top if you prefer) and it’s made of cord, a combination which is mad-rare. Via my associate Mr Google Translate the only wisdom I can offer is this: “Reasonable fabric thickness also no thinner thick while lighter, there is a moderate stable feeling.”

The lack of detail doesn’t matter, it’s a cord tank top, which no one is wearing right now. And it only costs 67 quid (plus the inevitable postage and import duty, which I prefer to ignore until absolutely necessary.) Either way, it’s a world away from Ronnie Corbett.

Note to self: get more contemporary references.