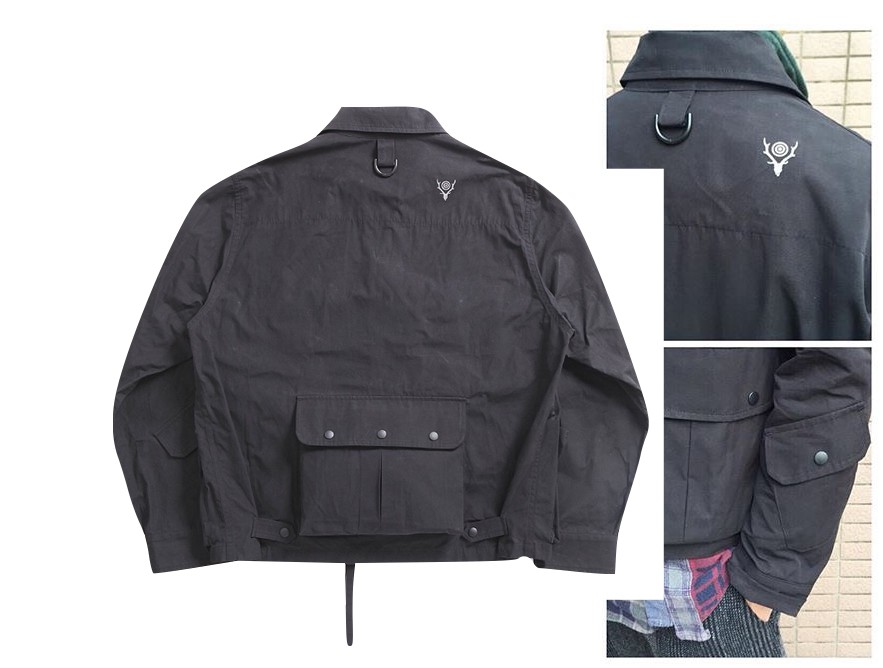 The South2 West8 clothing line doesn’t get much play in the UK. Part of the Nepenthes umbrella of products, the luggage crops up at places like End, but the attire remains strictly a Japanese concern. Shame that. Because it means that for Englanders like me and jackets like this, the only way we’ll hook up is through the import duty roulette of a proxy service. Which is piss.

Via the voodoo of the XE currency exhange, this piece clocks in at just 188 quid, which is great, but I’d expect Mr Customs to bill you an extra £60 odd when it reaches Her Majesty’s mainland, which is not so.

The cropped shape is strong, allowing a longer shirt to flail beneath, and while I’d prefer the olive drab colourway, I’d even be tempted to rock the black: I just can’t resist that many useful looking pockets. And check the pocket on the back. Probably not that useful in practical putting-stuff-in-it terms, but certainly useful for making rival clothesmen turn green and go to great lengths to pretend they’re not gawping at your coat. Which is, of course, the point.

The only downside? That South2 West8 logo on the upper back. In a way, it doesn’t mad offend me. But it is at least concievable some dungwit would mistake it for Superdry. Someone might think I was wearing Superdry. Read that last sentence again. A more feculent hell I can barely imagine.