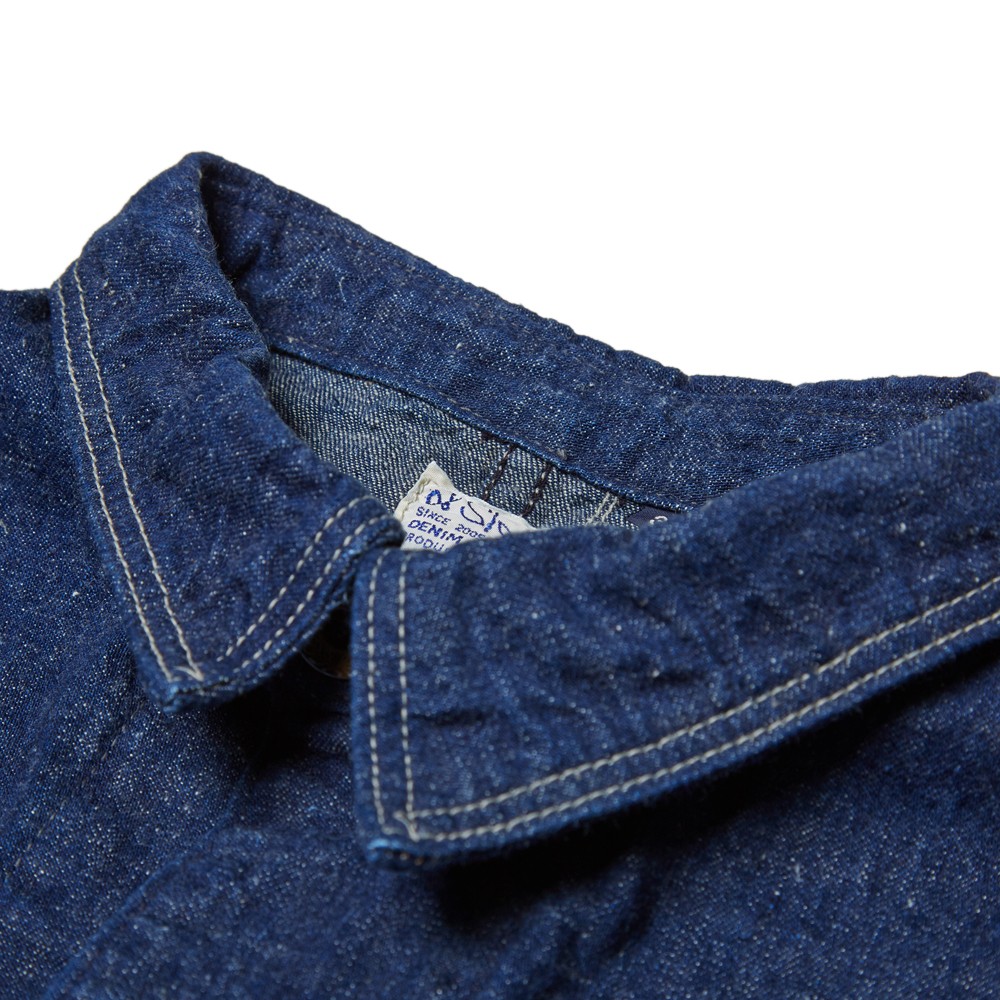 Rather like a rubber banana or London public transport, this jacket appears to be something it’s not. The banana looks edible. The London public transport system looks like something that will get you from one place to another. While this orSlow chore looks like something you’d work in, but that’s not what it’s for. It’s for lounging in a Dalston beer garden in. It’s for studiously nodding along to Apple Music in. It’s for being stuck on the underground, hanging onto the handrail, pretending not to be glancing at girls in. This is a non-work-work-jacket. It’s also 1000° fire.

I can’t imagine there are that many menswear-minded dudes without a variation on the chore jacket by now. But if you haven’t got one, this is the bomb. And if you have, this is better than the one you have. So, like, you know… thems the breaks.

Ichiro Nakatsu of orSlow has reimagined this 1940’s work wear style in lightly washed ‘neppy denim’ – and yes, ‘neppy denim’ is a thing. It means that the weave of the fabric displays some cotton fibres that stick out, protrude if you will, from the surface. It gives a kind of ‘snowy’ effect. After washing, you’ll notice both horizontal and vertical fades and the ‘nep’ will become more pronounced. If you are into your denim, this is mad desirable.

There’s no skimping elsewhere either, there’s solid triple stitching and brass hardware going on. Personally, I’m drawn to the relative paucity of buttons, there’s a real cleanness and simplicity going on here, that would stand as a sharp statement on its own, or effectively calm other, more dynamic elements of a madder rig-out. At 260 quid it’s an outlay, but one that will reward for many years to come.