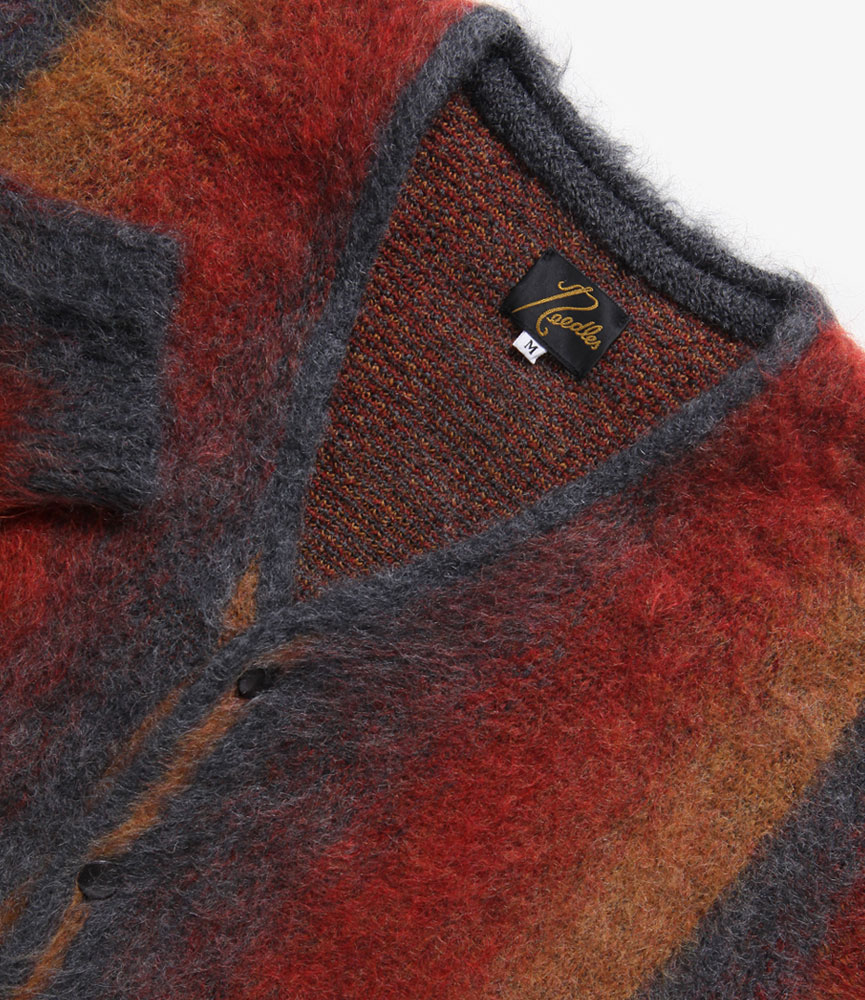 Back in 1976, there was an episode of The Six Million Dollar Man TV show called The Secret of Bigfoot. It ultimately involved Steve Austin (bashed up pilot, rebuilt with robot parts) doing battle with a Sasquatch. Turns out the Sasquatch isn’t actually a Sasquatch, but a robot Sasquatch, that’s not relevant here, I just wanted pedants to know I knew that. Anyway, back in the 70s, TV special effects weren’t all that and it’s recently come to light that the Sasquatch effect was created using this furry cardigan. I know, I know, difficult to believe.

It’s all the more remarkable because this cardigan is from Needles brand new FW15 drop. It’s made from mohair, harvested from the Angora goat. It’s sort of silky, but pretty robust, although you just know bits will fall off on your sofa. It’s only 150 coins direct from Nepenthes, believe, it’ll wear your wallet a lot thinner if you find it at a UK retailer.

These cardies are pretty much a Needles signature garment by now. Each season the colours change, but the style and the fabric remain broadly the same. Still, if you look back to 1976, you can see, the product has come a long way.