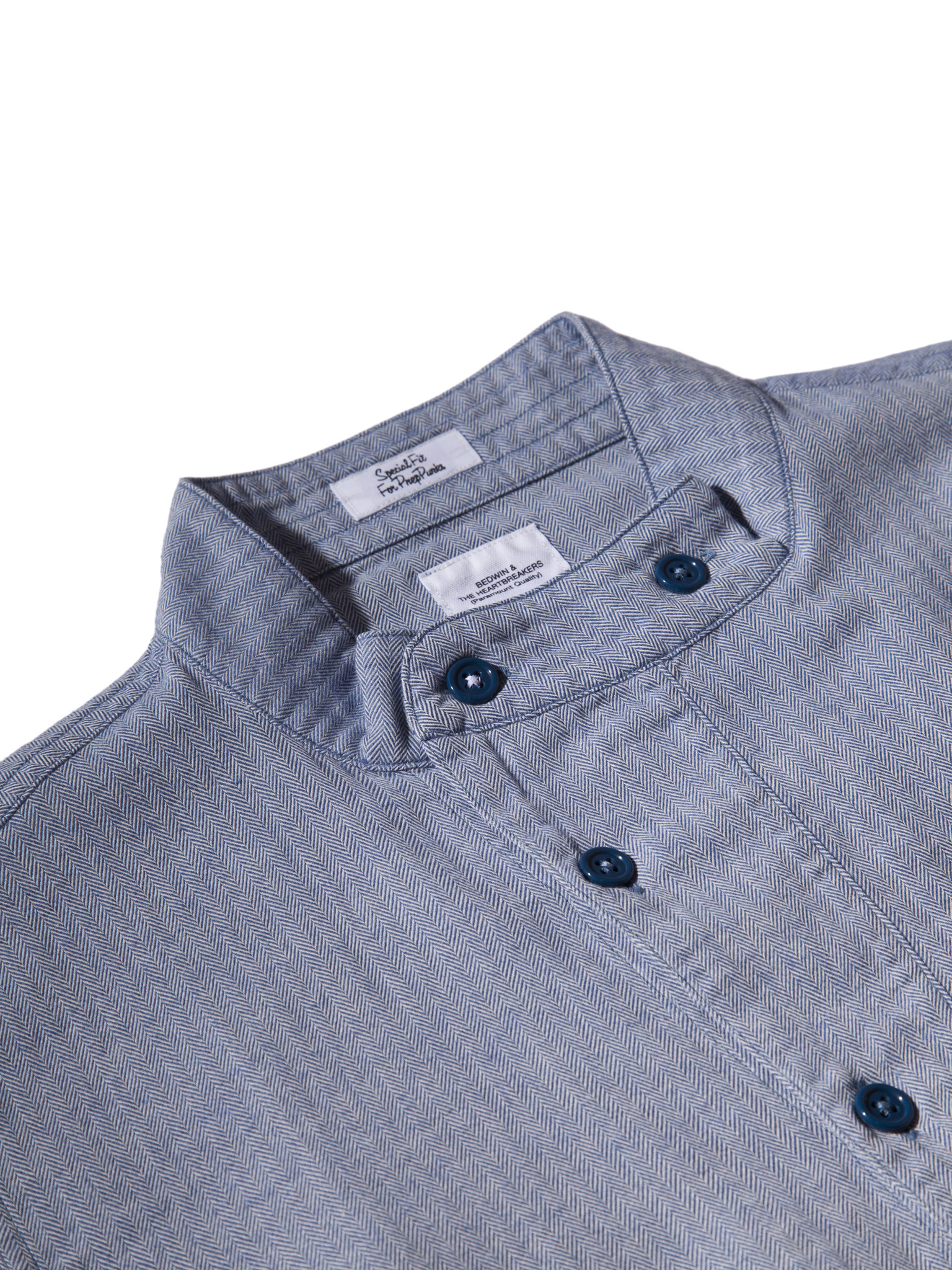 It’s not something that happens frequently, but on the odd occasion, I feel like dressing like Dr Cornelius attending a disco in Escape From The Planet Of The Apes. As I say, it’s not a regular occurrence. But when such a situation arrises, I’m glad of pieces like this preposterous crossover placket, band collar shirt.

Nothing says ‘ape man implausibly escapes ruined planet by going back in time and ending up in a 1970s disco’ more than a shirt with no collar. I think we can all agree on that at least. But this one, from Bedwin And The Heartbreakers, takes it up a notch with that asymmetrical fastening.

It’s a pop-over too. So you’d totally be killing all the prevalent menswear details in one garm. Wear hanging out, with a pair of baggy cargos, some simple plimsoles and an over-sized bucket hat for a look that says, “make mine a Banana Daiquiri.” Interestingly, I’m sure Davy Jones of The Monkees used to wear one of these. Which is some kind of freaky simian temporal anomaly right there.