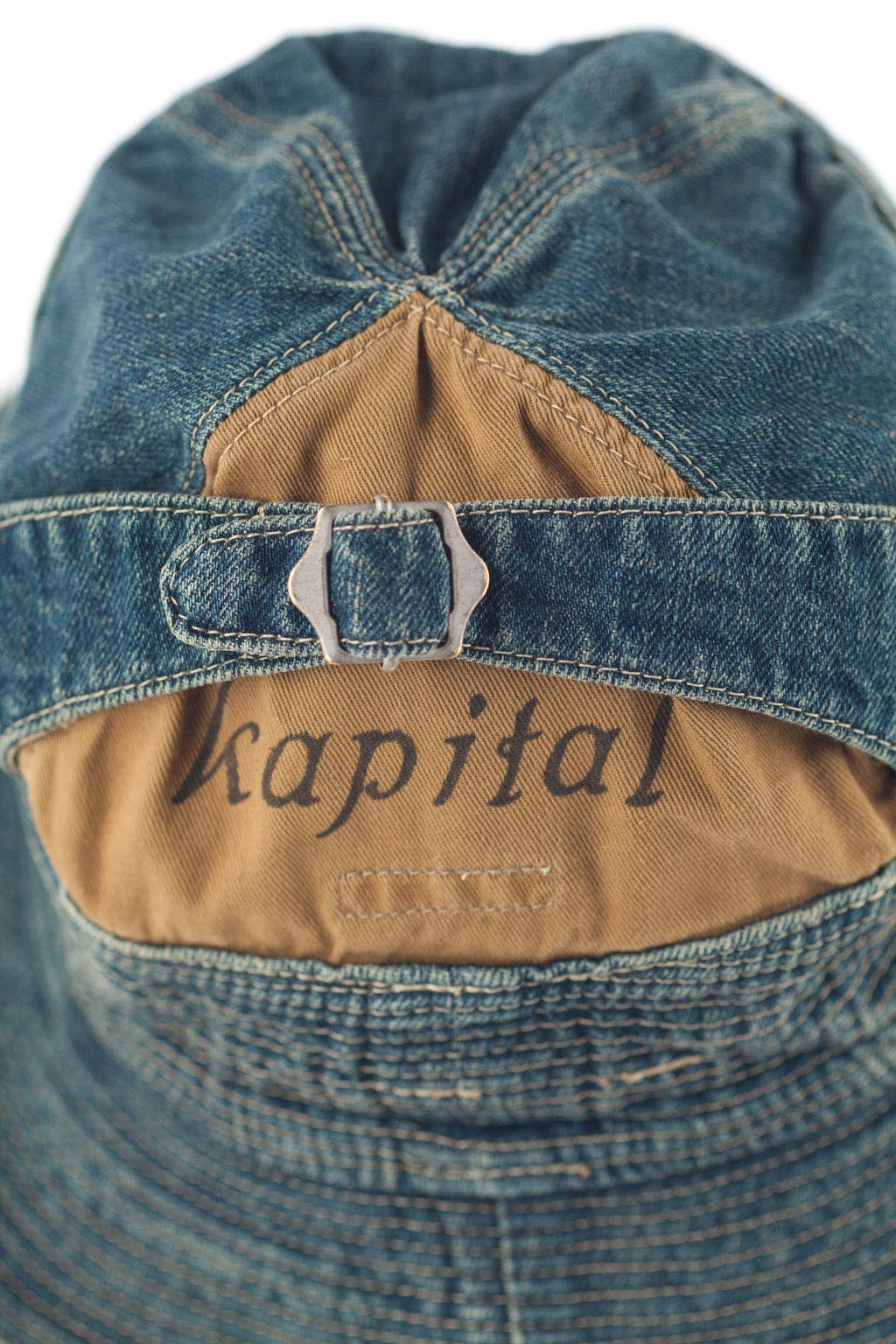 I sent my girl a link to this hat. She Skyped back,”I think that is horrid.” Which puts me in something of a predicament. My girl thinks it’s “horrid”, I think it’s the most important hat since heads were invented. What does an idiot like me do?

An idiot like me probably doesn’t buy it that’s what. But for those uninfluenced by a lady shaped friend I can think of five solid reasons why you should buy this.

1) It’s by Kapital, probably one of the dopest brands a fool like me who still says ‘dopest’ could want to be seen in.

2) It actually says ‘Kaptial’ on it. Now I’m not one for logo flashing, but in this instance the brand is so obscure as to render it irrelevant for all but those in the know. Fortunately for me, the only ones I want to know are those in the know.

3) It’s got a pointless strap thing on it. Or an “adjustable back buckle” as retailers Blue Button Shop would have it. Dunno about you, but it’s usually the circumference of the hat that needs adjusting, not the rear top. But I guess you could undo that thing and just let it hang down for maximum ‘don’t give a fuckness.’

4) It looks like it has been washed ashore inside a haunted lobster pot. I’m guessing it hasn’t, but it looks so weathered and lived in you could make up any old back story for this thing and people would believe it.

5) it’s only 94 quid (not including postage and packing). I know, I know, it’s like Christmas fucking day.