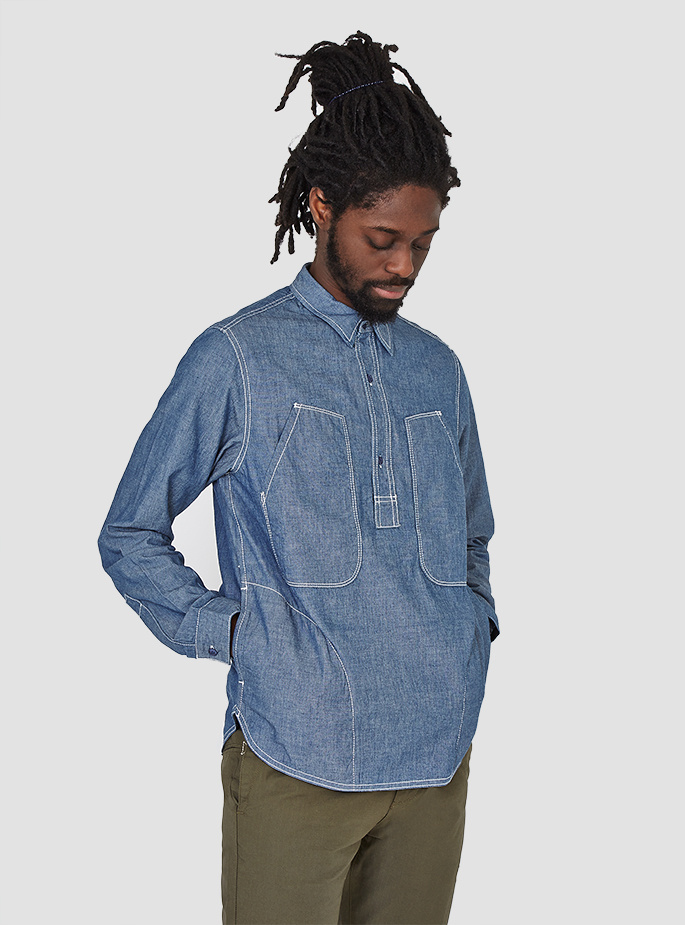 This thing is punishingly on the one. It’s virtually torturous. To look upon it is the equivalent of being placed inside the hollow belly of a brass bull, having a fire lit beneath it and being slowly roasted to death as your screams hoot from the metal beast’s nose. The practice of The Brazen Bull all but died out after the downfall of ancient Greece – although it’s still an occasional punishment in certain parts of the West Country, if you commit murder, or nibble the end off someone’s pasty. Anyways, this shirt’s so strong, it’s like that. It’s like being cooked inside a brass bull.

If you actually feel man enough to actually wear this fucking device, get over to Garbstore and drop your wedge. Built from Japanese Hishimoto Chambray, it’s an over-the-head job, so get limber. The serious contract stitching does a grand job of advertising the pockets, even down to the hand-warmers. Shirts with hand-warmer pockets – only about the dopest move a bro can make right now. In my head anyway.

All you’d need to pull this off is a Japanese bucket hat, a straight pair of chinos, some simple kicks and the kind of philosophy that sees nothing wrong with pointlessly associating a rather expensive casual shirt, with a 6th century bovine man-oven. Superior!