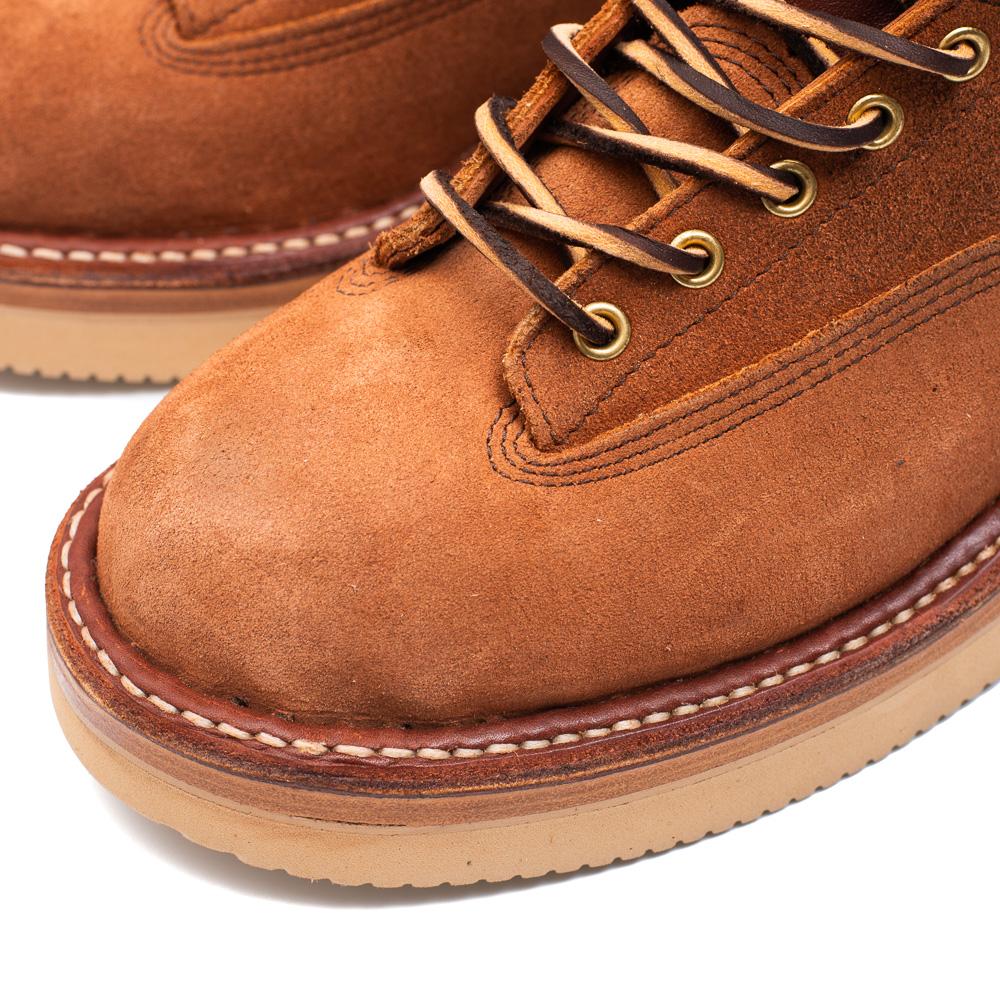 There’s nothing Christmassy about these shoes. If you’re reading this in a jolly nylon knit featuring a naked Father Christmas and the slogan “I’ve got a big package for you”, stop reading and take a long hard look at your life. If you’ve ever swigged a can of lager in a floppy Santa hat on the Tube go away. The Mrs Brown’s Boys Christmas special has your name on it.

Full disclosure, I don’t own any boots quite like this. I’ve got Vibram soles and roughout leather in my collection, but not in a low shoe and not with an attitude so resolutely blue collar. All I can see when I look at these are hard-hatted American telecom workers, shimmying up phone poles — either to repair them, or to pretend to repair them, while secretly taking photographs of a neighbouring family, before returning at night to chop them up in their sleep. I suspect I watch too many films.

While the brand is American, this is the first time the Oxford version of White’s Northwest has been stocked outside of Japan. They feature White’s proprititory oiled roughout ‘Red Dog’ leather, which purport to be super robust and hardwearing. I have no reason to doubt this, nor the means to test it. Even if I owned these, the worst they’d endure would be a festive train journey up north to see the folks and an evening in a fun pub filled with single mums in bra-tops and tattooed youths with faces so angry they look permanently stuck halfway through a sneeze.

Almost certainly I’m not going to own these. They’re £600 and I don’t know anyone rich enough to surprise me with these on Santa’s Birthday. The only thing I know for certain is that my girl has bought me a hat. A really nice hat. But one that’s now cheaper in the sale than it was when she bought it. Stupid Christmas. I would go and raid the Roses again, but there are only toffees left.