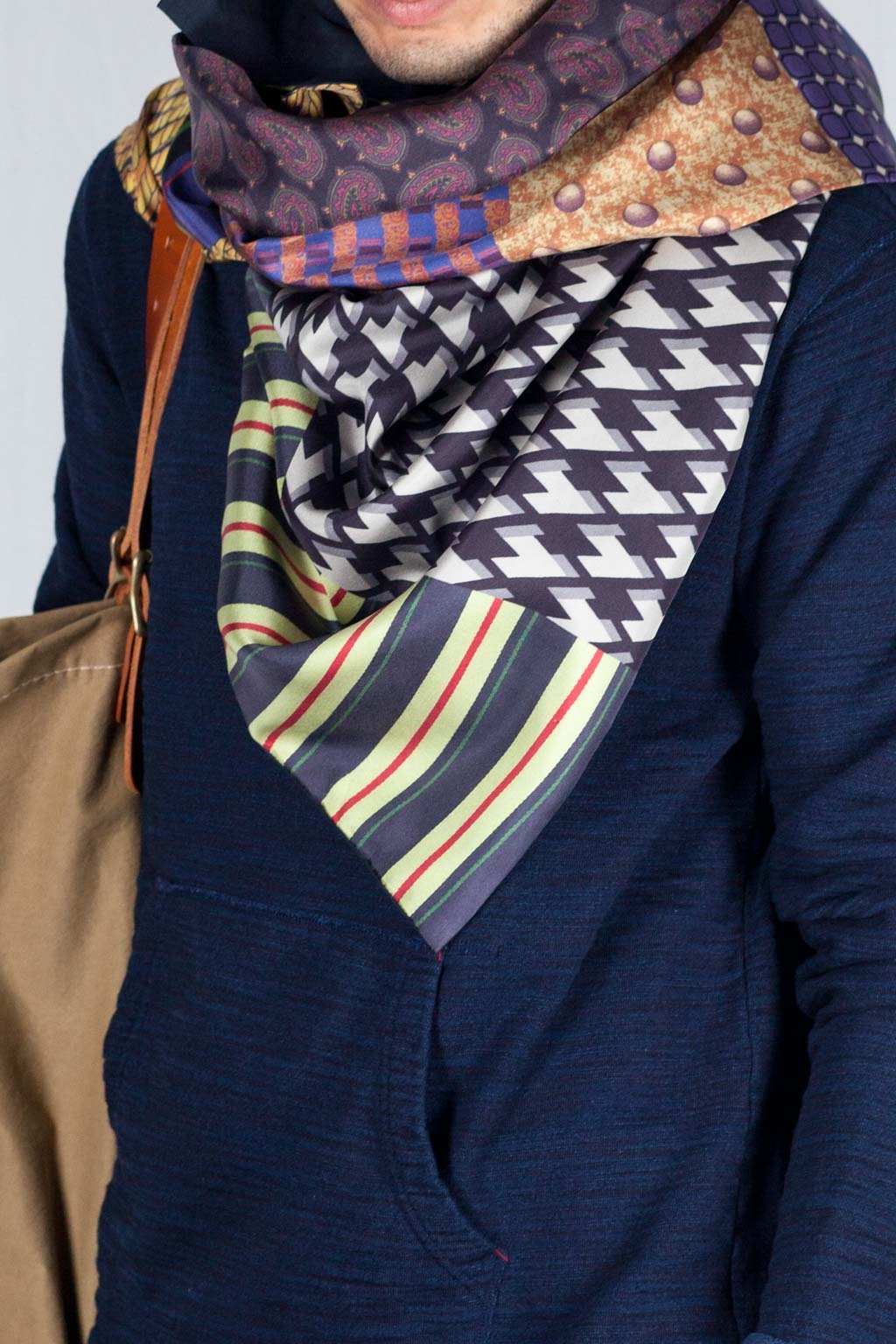 Usually bros keep their winter coat game locked in a penitentiary of navy and black. I get that. A coat’s large bucks. Broheim can’t be tossing mad-stacks on a fucking tapestry. What happens if you tire of the patterning? Or worse, you start hearing, “Yo, you wearing that coat again?!”

The ‘noticeable’ coat is a play for only the most self-assured bros. And if you’re not sure if that’s you? It’s not. Buy a navy coat and add fiiiyer with a scarf. Just not a Paul Smith stripy – this ain’t 1996. Drop nuclear on some patchwork Japanese barbarism. That’s it. There is no other choice.

Now you’re on board with some next level scarfmanship, let’s peep some options.

These Marcomonde silk, patchwork stoles are pretty out there. Yeah, yeah, I know ‘stole’ sounds a bit, ladyish. But basically, it’s just a big fucking scarf. Having said that, these are silk, which is, again, proper femidom. But, you know, we’re all enlightened bros here.

Check ‘em out over at Blue Button Shop. I think there’s a mad-beauty to the considered clashing of the fabrics. It’s a brave move and you could end up looking a bit ‘theatre critic’, but seriously, you wanna just mooch about in a standard-ass navy jacket like the rest of the drones? Okay, okay… maybe you’re not sold on the full, silk stole vibe. What about this…

Amongst the massive selection of Kaptial over at San Francisco’s Union Made, there’s some stimulating scarfcraft. The above is the Kountry Wool Hippie Patchwork Scarf. It’s made of compressed wool fabrics with a smash-up of patterns and colours. Personally, I prefer the softer, matte finish of wool, over silk, for a scarf and this thing has brutal stand-out. Although, it probably should for over 300 bucks.

Here are a couple more Kapital scarves that caught my eye, not patchwork, but different enough to raise the game of even the most sensible of overcoats.

There you go scarfmen. Take your pick. You’re sorted. Whether you’re going for the flouncy dramatist look, the Japanese artisan vibe, or just the awkward posturing of a bro in a scarf worth more significantly than his coat.