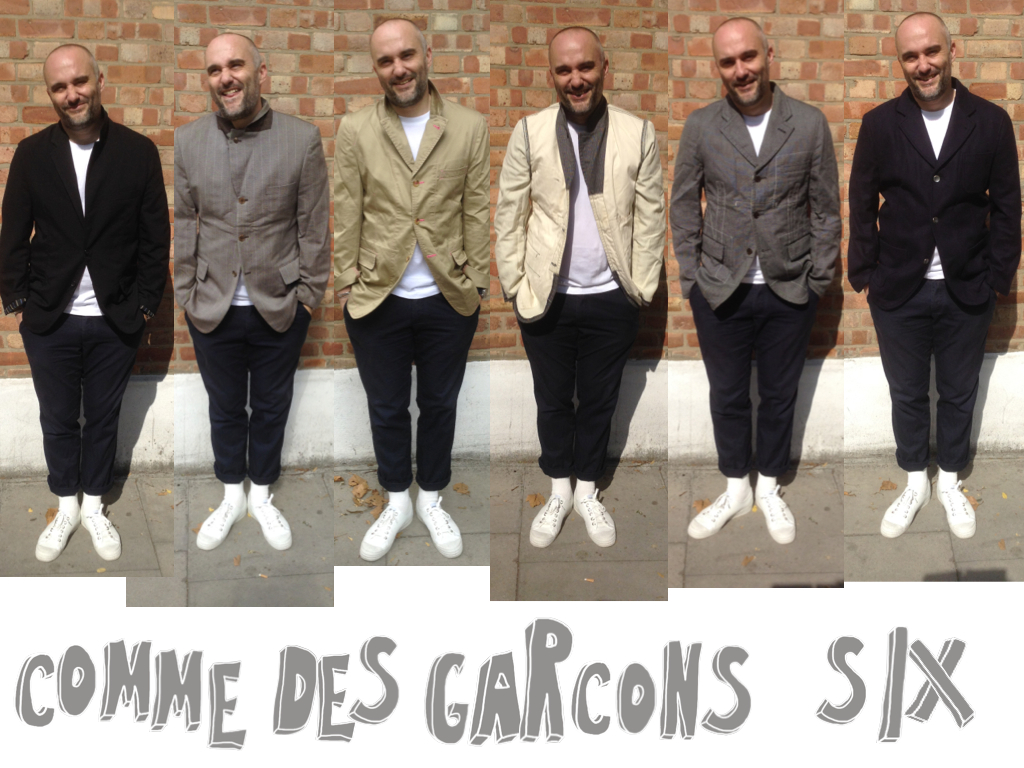 I’m a lifelong jacketman. If I’ve got dollar to drop, it’s more likely to rubber-stamp outerwear, than any other flavour of kit. I’m also mad down with Japanese label, Comme des Garcons, so over the years I’ve managed to swag six jackets. Six examples of my favourite clothing type, by my favourite brand. So why don’t I ever wear them?

I take issue when fashion journalists talk about ‘timeless’ style, you know, stuff that is, in some way, imune to the transiance of fashion. I find it interesting, because in virtually every instance, it’s just not true. The truth is, all clothes, even basic high-street jeans, leather jackets, or blazers are tweaked season after season – the fabrics, the cut, the stitching… Fashion journalists know this, of course. It’s clear if you take a look at a standard M&S navy blazer from 1990 and one from 2014. Both, at the time, could be described (erroniously) as ‘timeless’, yet they’ll each have distinctly different sihohettes.

This notion really came home to me again, when trying on these Comme jackets – mostly aquired during the 90s.

The above example has a particularly intense lining. Which I guess, you could wear reversed. Check this maddery…

The thing is, wearing Comme is held up again and again as a deeply individualistic statement. Yet, these relics also conform to the male silhouette of their day  – longer lines, thicker lapels and three button fastening. Sure, some are embellished and have unusual details, but looking at them again now, it’s the length of the body that really jars. They are much longer than even the mainstream, high-street purchases of today.

That’s pretty much, why I won’t wear them. Although, that one with the pink topstitching… Christ know’s what I was thinking in that, even in the 90s.