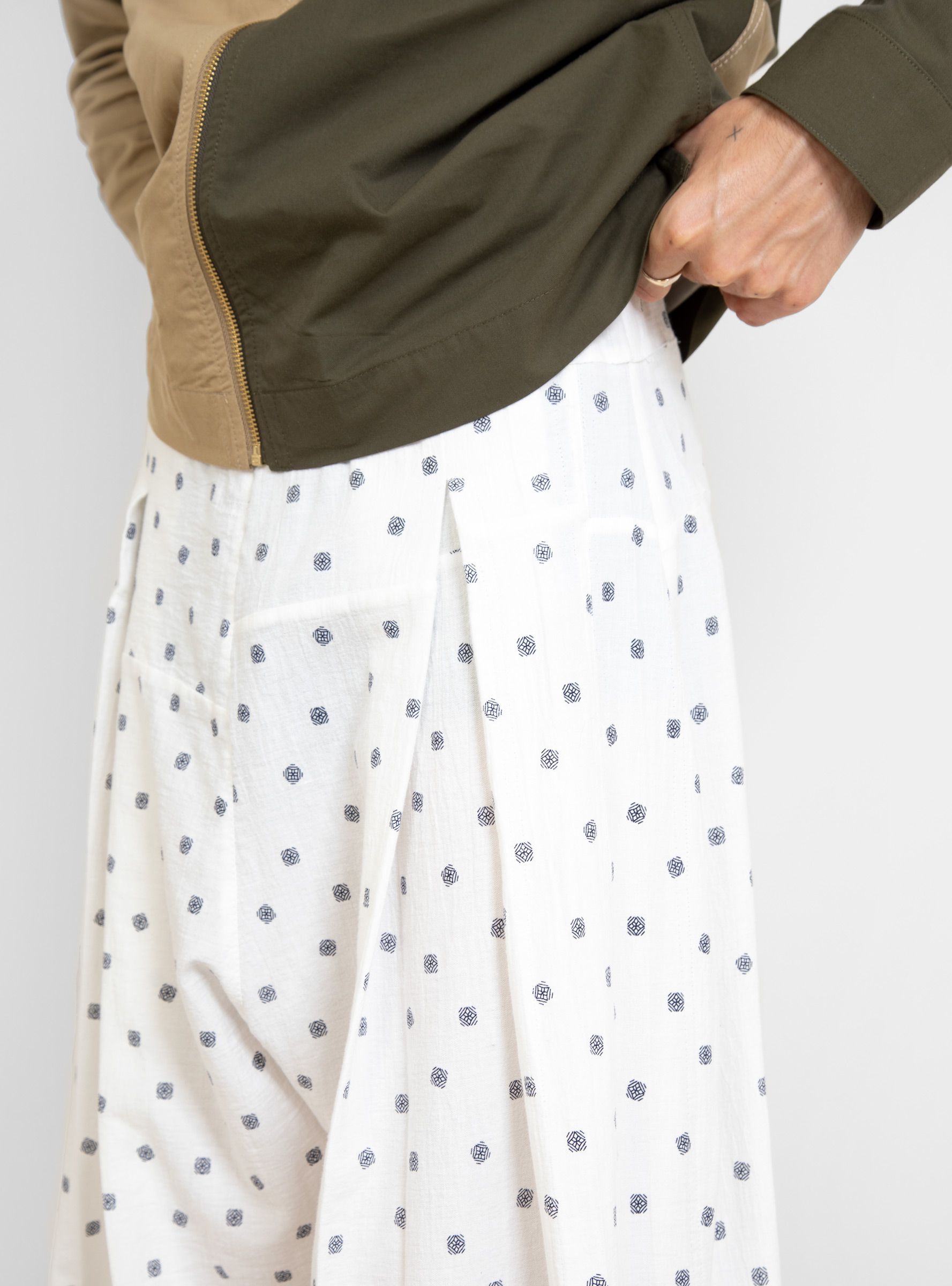 It seems the man-ternet is totally preoccupied with debating the validity (or otherwise) of the five inch short. Yawn. I’m in the ‘otherwise’ camp. End of discussion. So let’s go the other way.

With the fashion world still fighting over the carcass of the 90s, it’s nice to see up-and-comer Sage Nation quietly remixing 80s stalwarts. Their signature style boasts box-pleats from waist to hem  — I believe the technical term is ‘mad poofy’. Last year I called them the ‘most important trousers in the world.’ It’s a position I maintain.

Over on the brand site, they’ve just announced another five pairs in navy. It’s a party I want an invite to. (If you’re reading guys clock my IG DM, I need sizing deets). But the other big news is the ‘Archive Editions’ collab with Garbstore. It’s been live a few days and from my digital perch appears to be flying.

I’m guessing, like their mainline counterparts they feature an elasticated waist, but it’s not mentioned in the product blab, which is the one thing stopping me firing up the Paypal. All it says is ‘waist: 28-30 inch’. If it does stretch, then to what girth? I’m a grown man I tell you. I’m no stranger to a French Fancy.

They are pretty amazing though. In fact the whole collection’s worth a look, all of it created from Garbstore deadstock  This shirt is savage: BUT don’t get your hopes up, it’s already sold out.

Feels to me like anyone interested better move quick. And I’ve a similar feeling about the mainline trousers I want. It literally says there are five pairs in medium/large in stock, but it doesn’t say how large a large stretches. All it takes is for five less porky bros than me to come along and I’m scuppered. It’s a humiliating question to ask, but will someone please tell me if my (modest) belly will fit in these trousers?