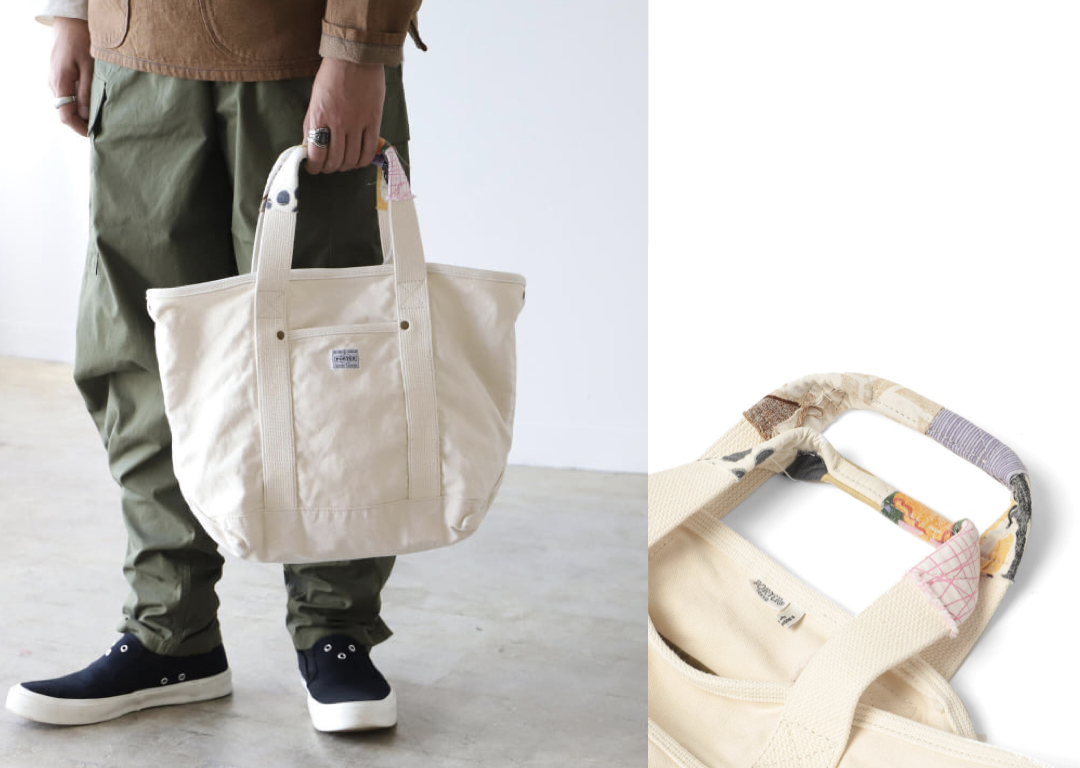 How do you feel about the government’s roadmap out of lockdown? Each milestone is (quite rightly) prefaced with caveats. Unfortunately these have proved markedly less popular with the average British brain-box than the prospect of a cheap getaway and a 1000 pints of Carling. So now B&Bs are fully booked and Instagram is strobing with aeroplane emojis.

The thing is, a lot might go wrong between now and a giddily optimistic booking. Boris Johnson says that the Brazilian variant does not worry him enough to derail the plan  — which on currently form means the Brazilian variant is a death sentence, we should be fucking terrified and stop browsing swim shorts immediately.

But even a misery guts like me has to concede that one day soon we might actually be able to go somewhere and maybe we’ll want to take a few things with us. And under such remarkable circumstances one of these Beams Fennica x Porter totes might be just the ticket.

Available for pre-order now over at Fennica and due for a late March release, this is actually a re-boot of a previous model. Weight reduction is the key refinement; it’s now easier on the arm throughout, right down to the the lining and base. You can’t argue with the simple looks either, with that ecru canvas outer and olive canvas lining, but the real USP is the handle. It’s reinforced with (artisanal narrative incoming) vintage cloth sourced from a Scandinavian flea market. Seriously, if your bag isn’t trimmed with an antique rug who even are you?

For just under a two-er it’s a decent proposition  — assuming by some miracle of fate you don’t already have a cupboard stuffed with scrunched up totes like me. The brass rivets are a cool touch, as are the little branding badges. In a Fennica-less London town you’re going to attract some envious glances from those in the know. Not part of the brand’s ethos I dare say, but a fact nevertheless.

Back in Johnson-land he said yesterday that he believes recovery could be ‘much stronger’ than pessimists think. Which obviously means it won’t be. It’ll be much shitter than people think. So actually, the chances of you needing a bag like this in the foreseeable are slim to none.