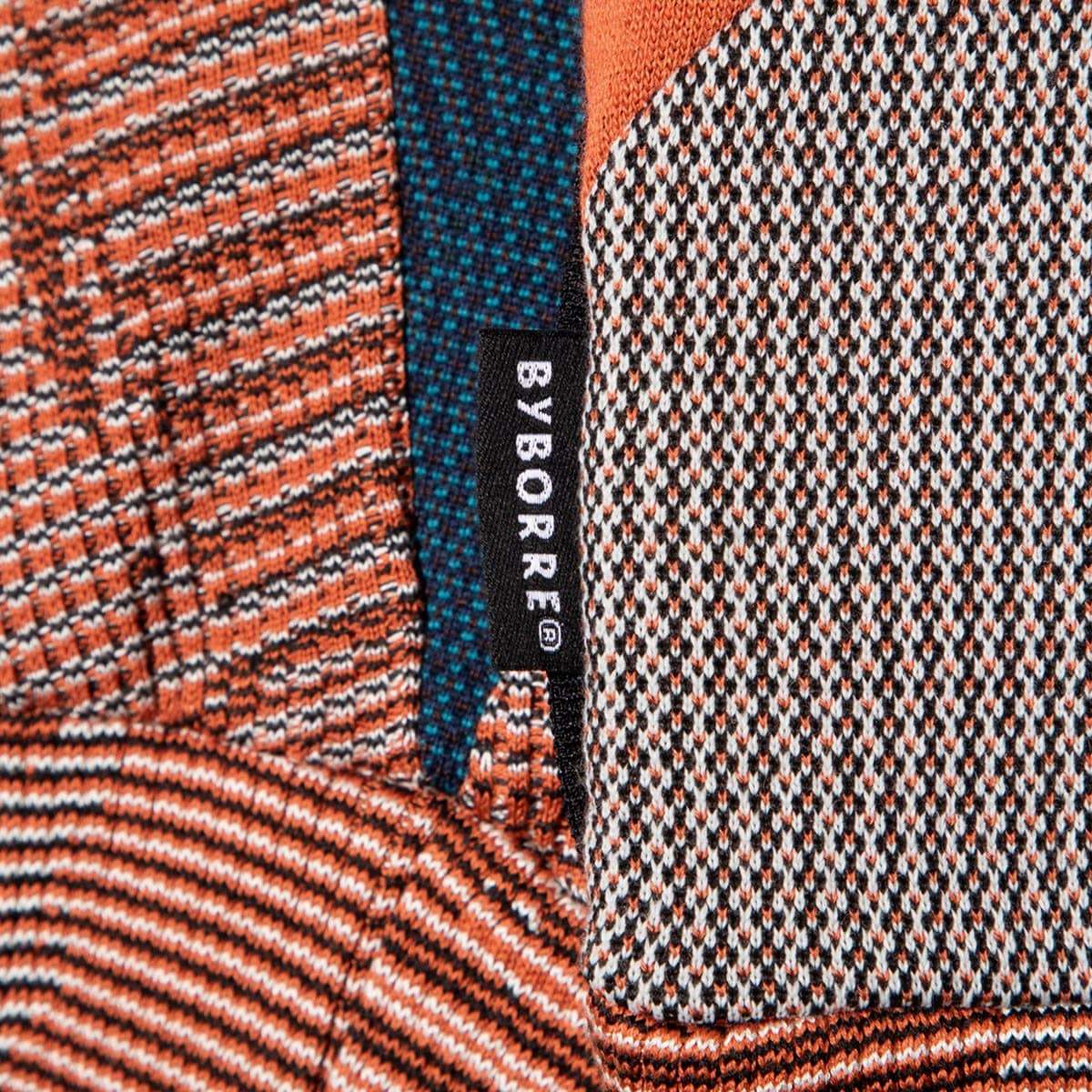 There’s something exquisitely awkward about self-proclaimed titles. So cringeworthy, like taking a bicycle-pump to your ego. Woo-hoo, over here, check out the status on me.

Scott Disick (notable for impregnating Kourtney Kardashian) bought an English title on the internet. He now prefers to go by Lord Disick. Presumably because he’s a dicksick. And of course you don’t see Anton Du Beke putting up a fuss when Tess calls him “King of the Ballroom.” But then he’s no stranger to a little bogus prestige: as is clear from Anthony Paul Beke’s birth certificate.

Surprisingly this kind of shameless self-applause doesn’t crop up in fashion all that often. So it is queasily refreshing to find Byborre, an Amsterdam based textile innovation studio, quite comfortably self-identifying as the “Masters of Knit.”

It’s quite a boast. The earliest examples of knitted garments are cotton socks discovered in the Egyptian pyramids. Which suggests Byborre are basically saying that in the 4500 years since, they and they alone are the only ones who’ve got it quite right.

Still, like the King of the Ballroom and entirely unlike Lord Dipstick, they can at least offer some evidence for their claim. Most known for their collaborations, Byborre riff heavily on their ecological consciousness and a “radical approach to textiles.” Their emphasis appears to be on cutting back the waste and challenging the duff practices found in typical manufacturing chains. They also use a lot of computers. Their studio looks like a still from Demon Seed  — and no, that’s not another reference to our friend Lord Sick-in-my-Mouth. How the computers work and specifically what they do is a level of detail I’m frankly too lazy to look into. But the results, like this astonishing looking sweater, are clear.

Jump over to retailer Bodega for the full skinny — there are a lot of details. But if the diet version will do you, we’re talking: “different weights and types of knits and targeted specifically to where they make most sense on the body.” You’ve got “enhanced breathability and moisture wicking properties”. You’ve got merino wool, polyester COOLMAX and nylon. It’s a technophile’s dream. I’m pretty sure it comes pre-installed with TikTok.

If you find all this ‘nology a little yawnsome, just enjoy how it looks. To me, it’s next level. The colours, the patterns, the whole thing is a berserk riddle of seams and pleasing juxtaposition. Although you can expect to pay for the privilege. The Masters of Knit won’t let this go for less than $438  — inconvenient to say the least.

One to keep an eye on in the sales I suggest. You can at least be damn sure you’re not going to bump into anyone else in one of these. Which in its own way, is menswear’s route-one to a little self-proclaimed status.