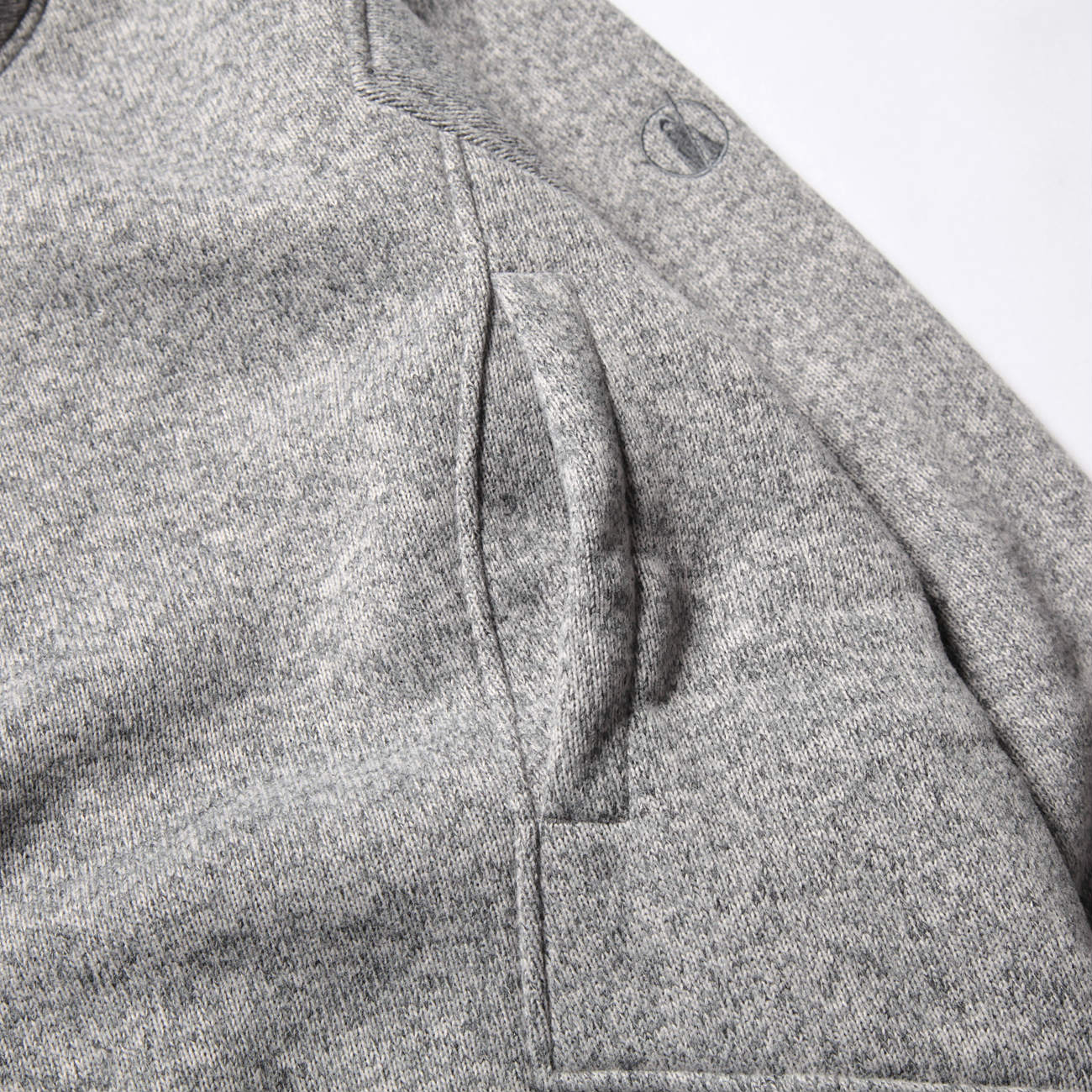 Context in menswear is so important. Take a look at the website of Czech brand Tilak. It’s full of people doing stuff that isn’t watching boxset TV. They’re all wearing primary coloured leggings and body-hugging cagoules, they’re jumping up and down and walking up stuff, apparently for fun. It’s almost like they don’t spend every day moaning, smoking and eating mint Clubs. This is not a cool context.

Now check out Japan’s Collect Store. Here we find Tilak again. But the context is entirely different. Scroll down the homepage and you’ll see individuals doing little more than standing in the street, wearing clothes, looking a bit moody. This is a cool context. Just because you’re wearing a technical brand, doesn’t mean you have to pogo about, climbing trees and playing Poohsticks. It’s quite sufficient to lean against a branch of Lloyds Pharmacy eating Quavers safe in the knowledge that your sweater cost more than everyone else’s.

For me, this Tilak knit is just the right side of activewear, in that it looks built for an inactive lifestyle. Sure, it’s got POLARTEC Thermal Pro technology, but I expect it’d be just as useful to save on the central heating as it would puffing up and down the Brecon Beacons.

On Collect Store there’s all sorts of scholarly wisdom (thank you Google Translate) about, “brushed synthetic fibre” and the “absorption and release of moisture.” But little about how cool it looks. While most of the Tilak kit sold on the brand site is garishly coloured (presumably so you can be found and airlifted to safety) the pieces on Collect Store are offered in soft greys and olives  — a much more refined palette for the lazier clothesman.

In the product description they do make a lot of noise about the pocket positioning. Apparently the underarm position is all the better for “carrying gear” without it being shaken. I don’t know about that. But as long as they’ll fit a pack of Marlboro and the TV remote I’m ready for adventure.