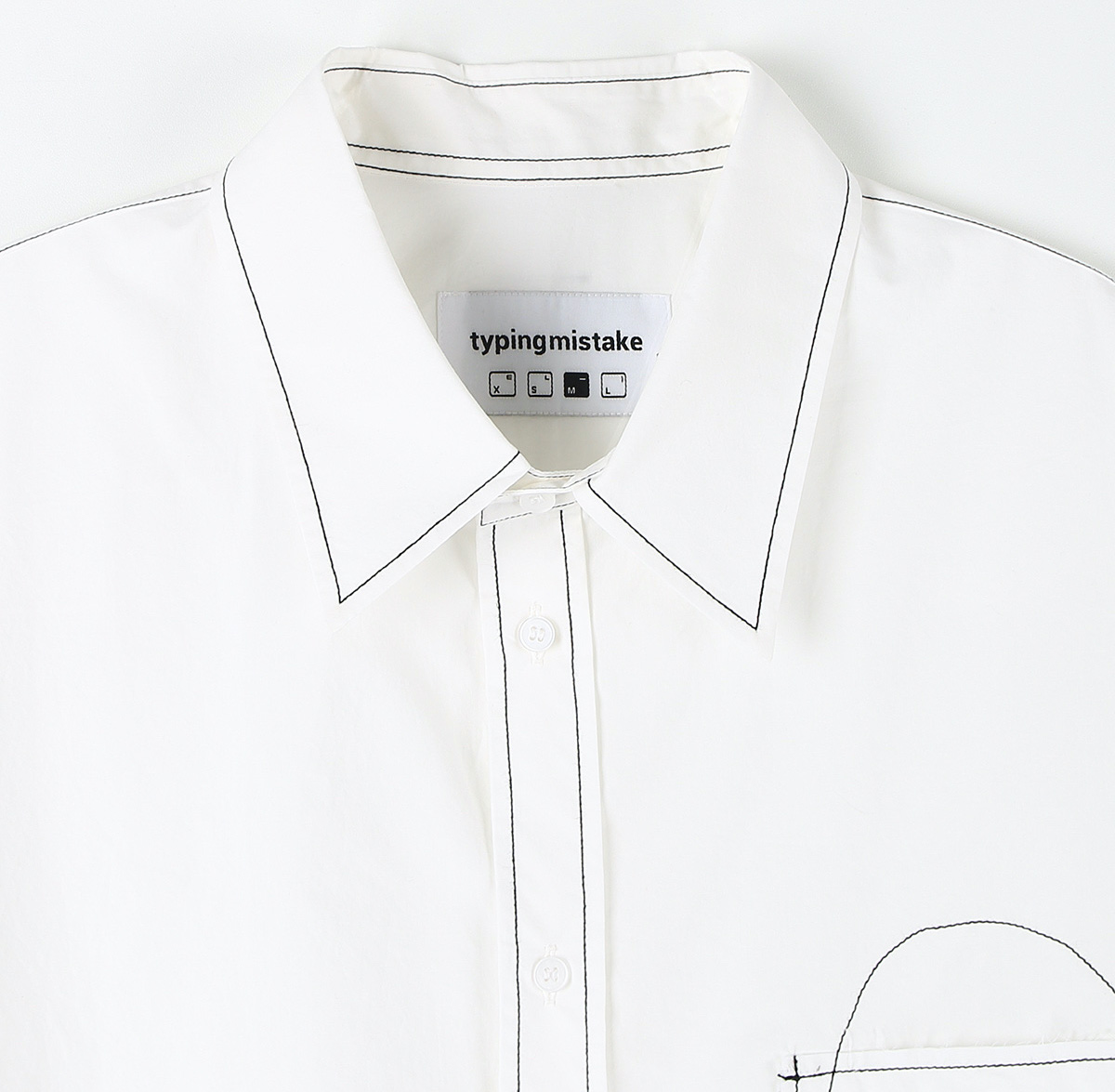 As a career keyboard-prodder, I’m inevitably going to be drawn to a brand called Typing Mistake. If only to learn the rational behind the unorthodox choice of name.

Fortunately, with the help of Google Translate and our irony detector bleeping madly, we can learn:

“Typing Mistake is not an inspiration from a point that flashes like a flash, but from a very simple mistake caused by a typo in Korean/English keyboards.”

So it goes without saying:

“Completed and incomplete, right and wrong, correct and incorrect answers are like the innocence of young children who bravely stand up and walk again even if they fall without boundaries, and sometimes even small mistakes can be more beautiful than any other perfection.”

Exactly how this appreciation of literary baboonery manifests in a white shirt with black stitching is unclear. But I guess, like the innocence of young children who bravely stand up and walk again even if they fall without boundaries, I couldn’t care less.

I do however quite dig this shirt. The use of insanely tight stitching creates filled in lines. It’s like a wearable technical drawing. And then there’s that pocket detail. No I have no idea what’s going on. Yes, I want to own it.

I do wonder if it’s a little too snazzy? A bit too fabulous? It reminds me of the ornamental blouses worn by flash-in-the-pan 80’s popsters Brother Beyond. They all wore white shirts in Brother Beyond. But I always had a sneaking suspicion that the budget went on the handsome lead singer’s shirt. It was always covered in monochromatic expensive looking embroidery. The less symmetrical members of the group looked like they had to put up with an M&S number customised with felt tip.

Although speaking of budget consciousness, (and a certain fiscal tolerance assumed) this won’t break the bank. Typing Mistake are a Korean brand and you’ll have to reach out to Sable Store in Daegu to get it, but the ticket price is just a smidge over a ton. Which for a piece you’ll never see anyone wearing in the UK strikes me as a decent investment.

I might stick this on my lockdown-Christmas list. It feels like the kind of up-yourself, poe-faced, garment I should be wearing during a Covid festivus. I’ll wear it while glaring through the double glazing into the dark drizzle. With an expression like Ian Curtis being asked to play Twister.