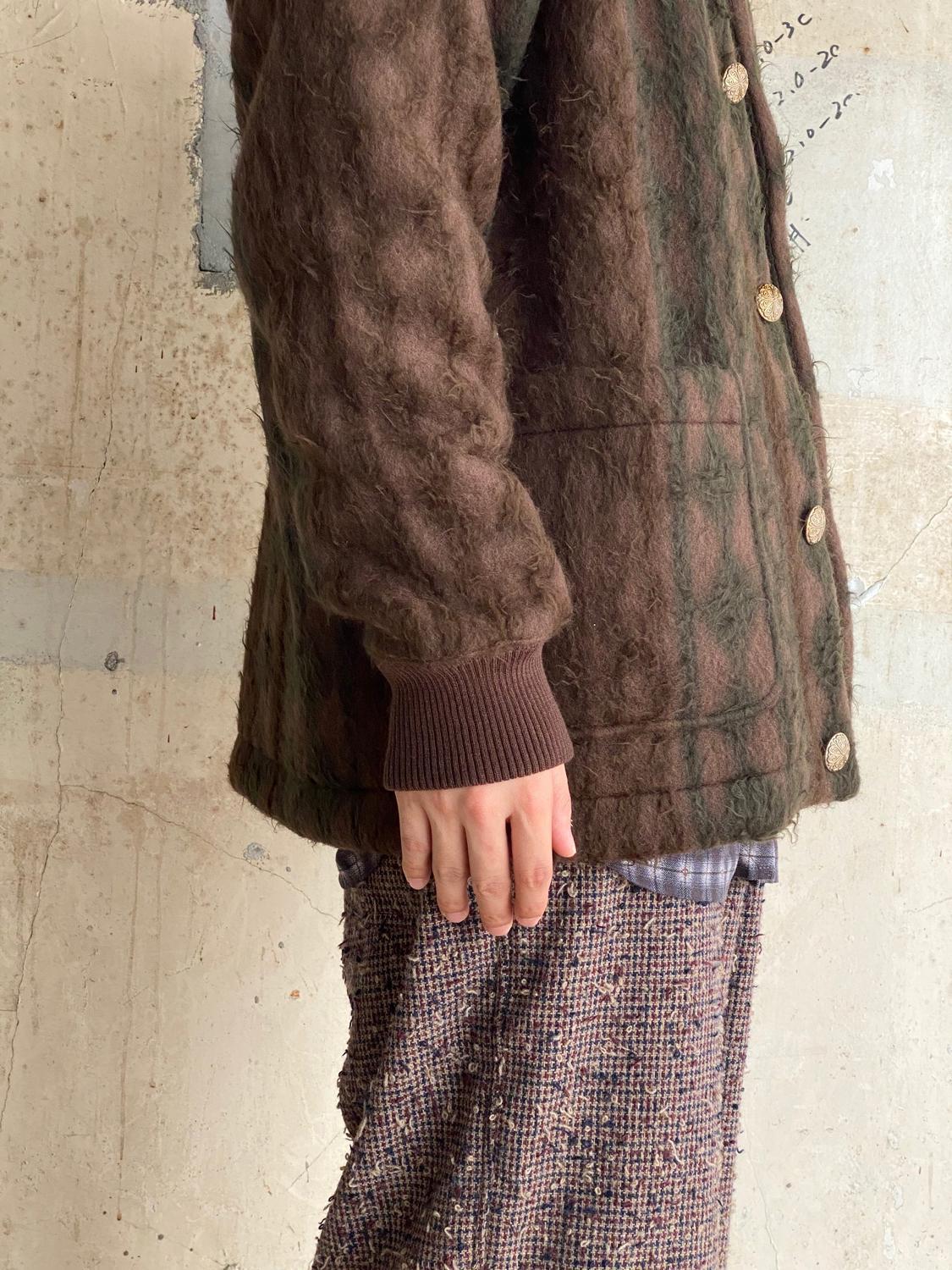 It’s possible NASA will uncover alien life beneath the frozen red desert of Mars. But it appears they could’ve saved themselves a lot of rocket fuel. Galactic intruders are already among us. They’re hiding in plain sight within Bru na Boinne’s winter collection.

I reckon it’s a risk worth taking though. Besides, it’s impossible to ignore Bru na Boinne right now, they’re on fire. A number of their recent pieces boast next-level texture — check out the trousers in the lead picture. Put down those 3D glasses, those tuffs, twists and bobbles really are poking out at you.

This cardigan is called the ‘Piyarei Chain’, the flat part is wool, the raised pieces are acrylic. Featuring a ribbed neck and a couple of waist pockets, it’s got something of the varsity jacket about it. But the overall vibe is far from anvil-chined Americano. This is a cardigan for an adventurer of the senses  — one familiar with the byways of the mind and the lay-bys of the body. Only the truly free can handle the sheer flocculence. Only the sincere have the right to thumb those concho buttons.

For the enlightened, this is over at Bru na Boinne’s site. You’ll need an open mind and a positively gaping wallet. You’ll need £380 to snare the pelt of this impossible creature. It’ll hurt. But a weirdly sexy hurt.