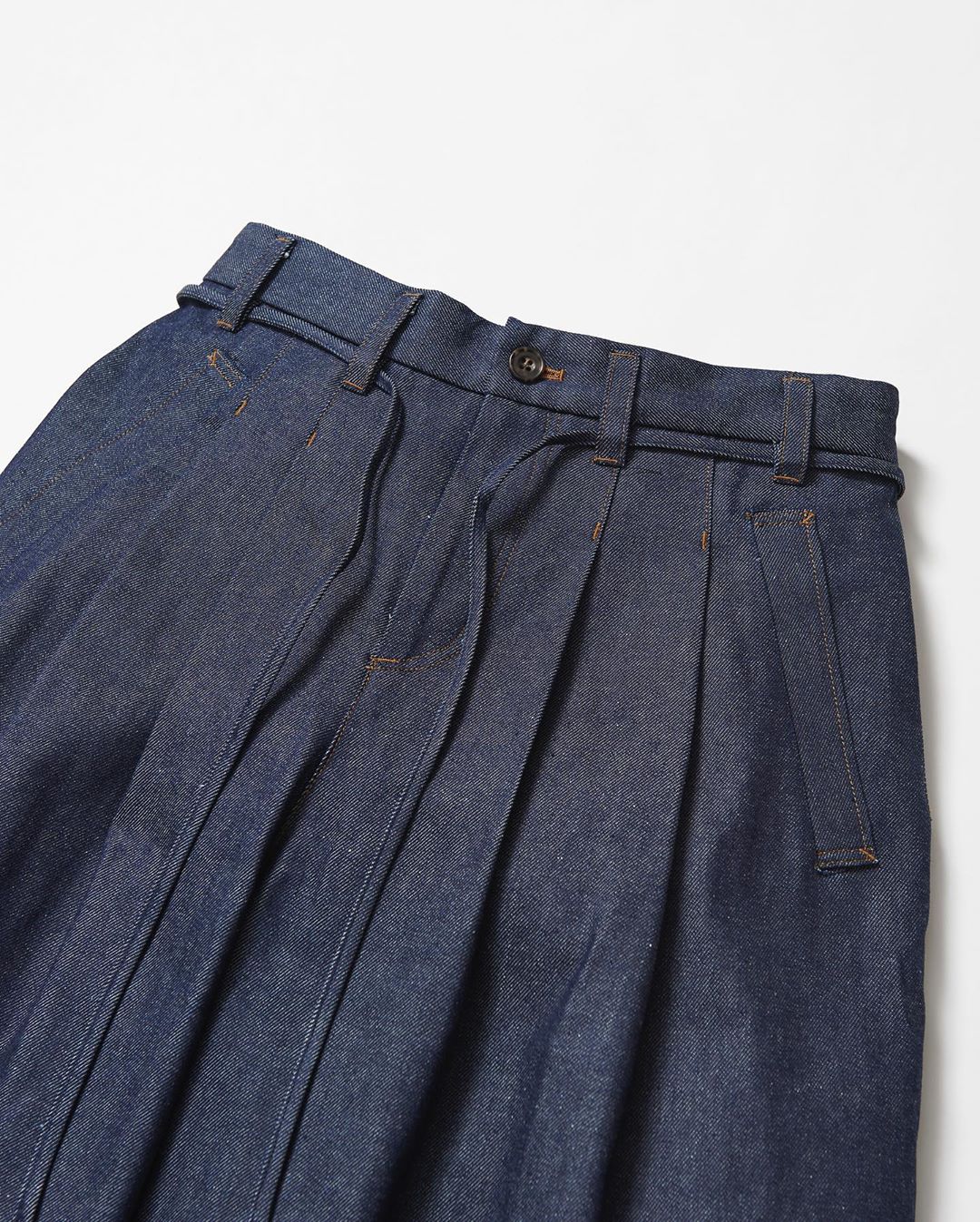 Where do you go next when you’ve compiled a wardrobe full of orSlow and Engineered Garments standards? The answer, for an increasing number of men is what we’ll call samurai minimalism. Super-sized straight trousers; boxy half-sleeve blazers; tie-fastened wrap jackets —the look is arch, arty and straight-faced. Konnichiwa fuckers, you’re Hong Kong Phooey on Citalopram.

Embracing the voluminous samurai minimalism look might not seem a huge leap from your existing loose fits. But it can be. For the novice, discretion is advised. Take it from a guy who’s elephantine clobber has panicked friends into thinking I’m suffering from some kind of wasting disease.

Most well known in this sphere are Sasquatchfabrix. The art house crowd favourite, championed by Nepenthes in London and proponents of a nuclear-boxy fit complete with flares and cummerbund fanny packs. Although closing fast is Ryo Takashima, a brand ploughing a remarkably similar furrow.

Of course, the look stems from traditional Japanese attire — a fertile area for inspiration. What’s most interesting is how through fabrication, exaggeration and detail, brands like Ryo Takashima manage to twist the past into such modern shapes. The jeans (denim trousers?) pictured are dropping today over on the Takashima brand site at 8pm JST — which for the interested is midday today.

Hardly a defining piece of samurai minimalism, they’re nevertheless an ideal entry point into the look. Pleated denim has been an essential weapon in the menswearman’s arsenal for years and this example looks about as good as you’ll get. 12-ounce vintage denim, deep rise, concealed seams — they’re dressy but casual, and seriously, that denim waist tie takes them stratospheric. As is my way, I’d probably size up — just how cropped would those hems be when you actually put them on? — but it’s a risk I’d be happy to take.

None of which address the queasy question around cultural appropriation? Is it okay for a middle-aged dude from the Midlands to dress like a member of the 47 Ronin? Does it actually look good? Or is everyone quietly making Steven Seagal jokes?