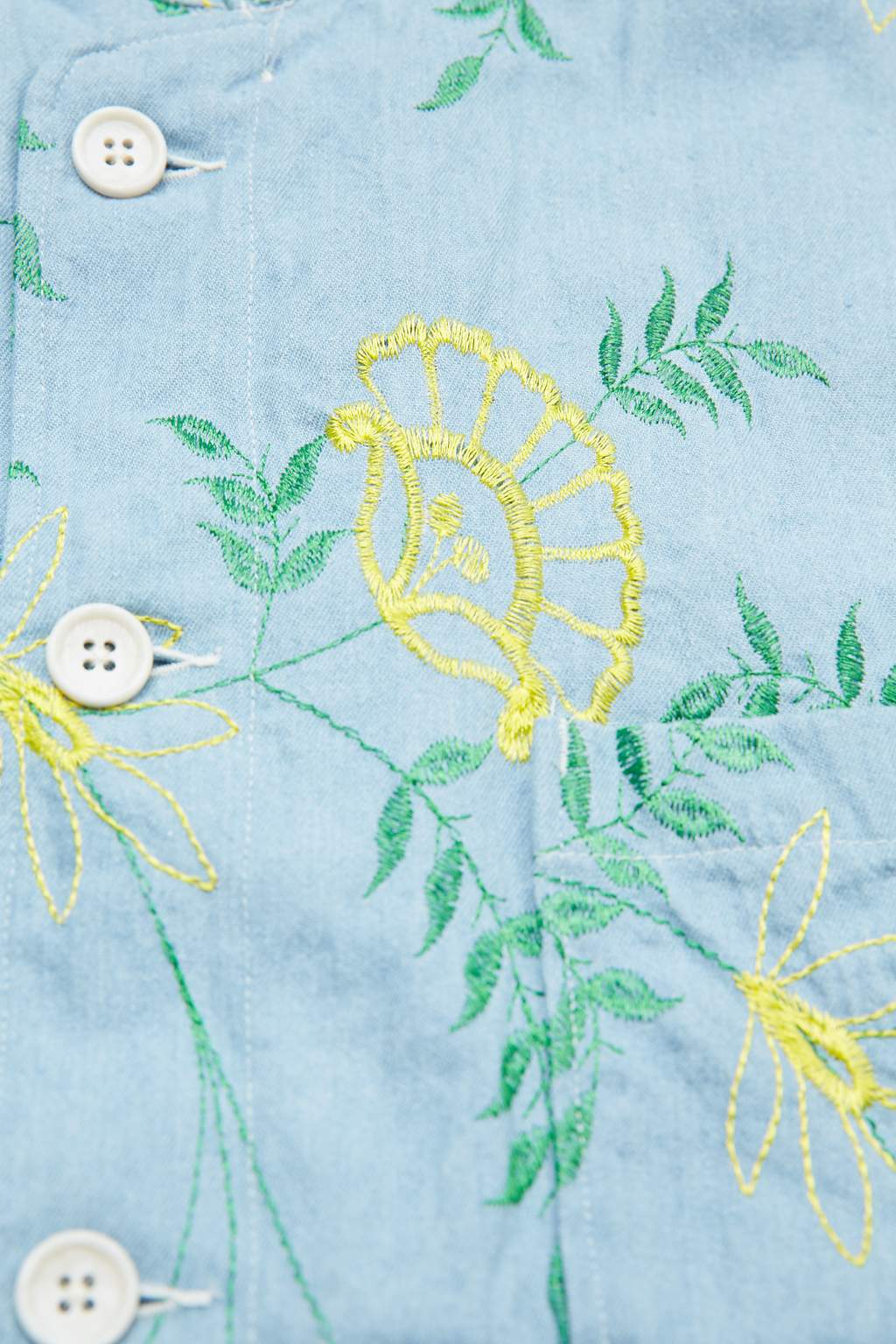 There’s been much talk of the damage to the UK economy post-Brexit. Car manufacture, farming, medicine, transport, fishing; dire forecasts all. But what of the businesses likely to prosper after the country we already have is back in our hands? I suggest the time is right to launch a cult. Think about it. There’s a massive market. We’ve already got over 17 million people ready to believe in any old cobblers.

A cult has low overheads. All you need is you and a microphone. Once you’re up and running you can photocopy some pamphlets  – these can feature some drawings of moon men and a short essay about the wisdom of crows. And think of the margins. There’ll be a joining fee obviously, but that will be quickly subsidised by further payments as members move further up the ‘Step Ladder of Enlightenment’ (working title). In no time at all you’ll have the money to buy this jacket  – then you’ll really look the part.

Technically, this is an Engineered Garments Dayton Shirt. But with its stand collar and pocket placement, it’s really a jacket. Never seen one like this though. The embroidery immediately elevates it to the stature of David Koresh loungewear. It’s astonishing how a simple utilitarian piece like this can be so transformed. Let me be clear though, I’m not suggesting your cult has to take the wrong path. Don’t follow the template laid down by Koresh or Manson. Too messy. Rather I’d recommend a cult ostensibly concerned with spiritual growth, while in fact focusing on the rapid acquisition of personal wealth. This is a £260 jacket after all.

You can grab this over at Totem Brand. The Bureau had the matching bag (sold out already) which would have been a nice extra touch. However I don’t think a guru with just the fancy bag and say, a Uniqlo shirt, would have quite the same gravitas.

If you’re interested in this business plan, I suggest your first step should be to take a look at a Brexit voting map. It appears you’d have a good chance of finding a large, highly suggestible audience in Linconshire, Great Yarmouth and Stoke-on-Trent.