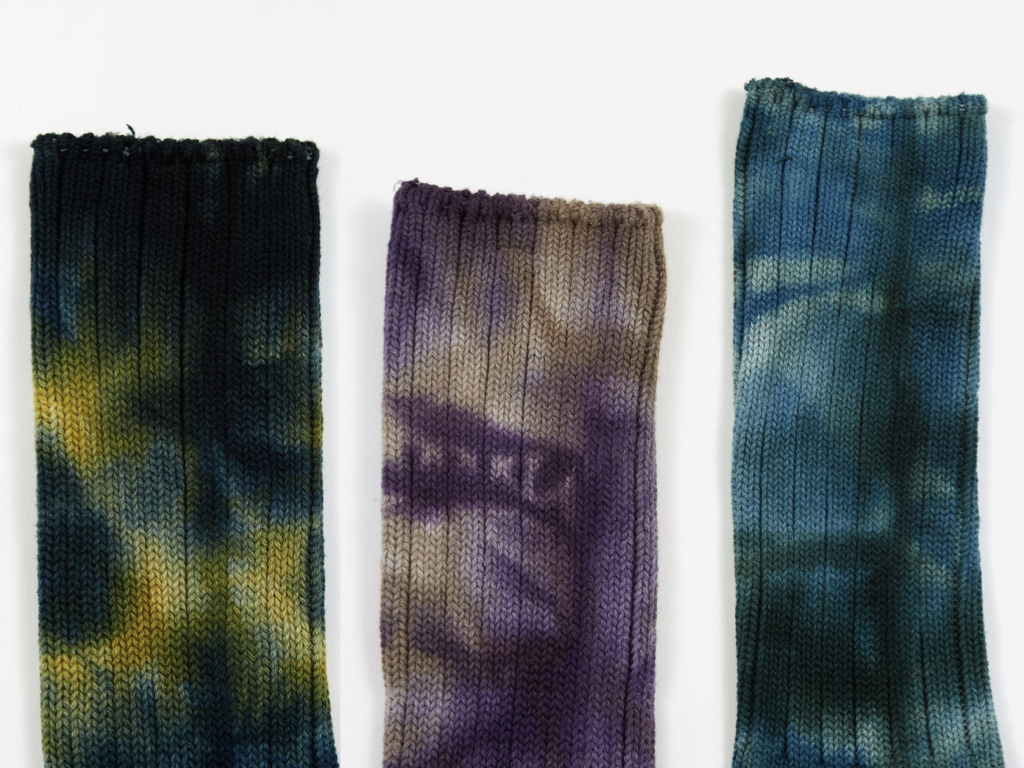 Look deep into the weave of this Anonymous Ism hosiery and see despair. Feel the radiation sickness begin to itch. Sense the crushing impermanence of love. Watch as the vapours, diseased and haunted, rise from the whorl of the River Styx.

These socks are cotton sadness. They’re that queasy nightmare where your penis turns to charcoal and crumbles in your hands. Why not buy a pair.

Each colourway tells a miserable tale. This blue pair suggests the dashed hopes of the man overboard. Adrift. Alone. There was a rescue boat. They didn’t see him. He knows his story is nearing its end. His own tears contributing to his liquid quandary.

This mess of navy and yellow? Remember when I told you it was probably an ulcer?

The purple and brown suggests a tramp. So shocked was he to find an entire blackberry pie in the bin he fumbled and dropped it. Then he shat on his socks.

You may want to consider wearing a pair of these as a personal statement of political dissent. A putrid visual shorthand for your feelings about Trump, Johnson and Rees-Mogg. It’s unlikely that anyone will get what you’re doing? But that’s political dissent, it’s a neverending story. Trying to change the miserable world, one step at a time.