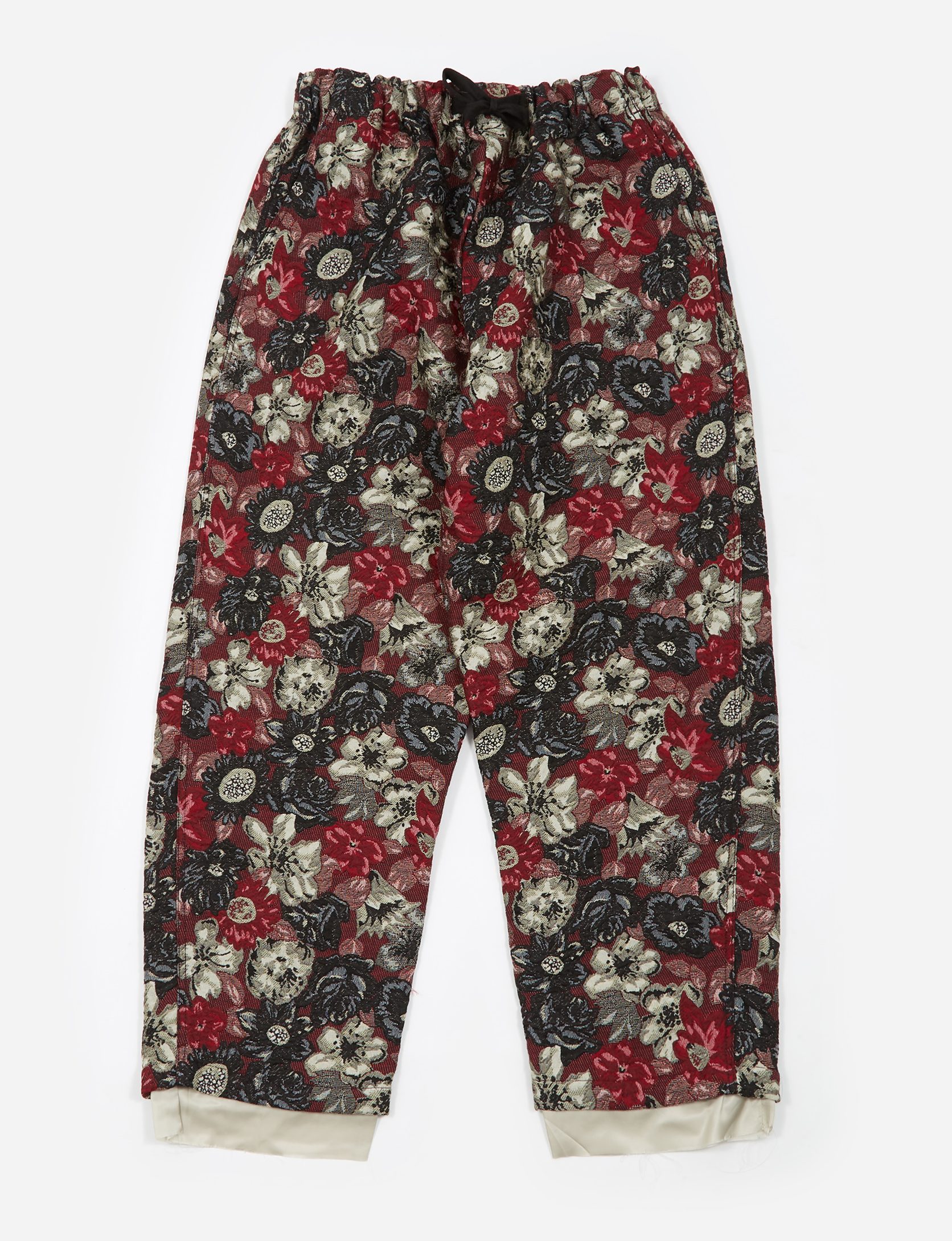 These Needles trousers aren’t fucking about, so neither shall I. They’re £600. That’s 600 with a six. And a hundred. What is the level of bro who could march into Goodhood and peel off six centuries for these? I expect I would hate that bro. As much as I admire these ridiculous trousers and as much as I adore the brand Needles, the actual man who could afford these full price would surely be a rack of tits. His attitude to his fellow man would especially disagreeable, his taste in music shamefully undeveloped and his attempts at wit diseased and frail. I believe this. I have to. The thing is, I would like to buy these trousers, and yet (perhaps remarkably for regular readers) it appears I’m insufficiently cockish to actually afford them.

There are two ways to wear these and one way not to. The first way to wear them is to dilute their power, by teaming them with some neutrals. Keep the shirt, jacket and kicks simple and let the sheer audacity of these trousers do their worst. The second way is to embrace the Japanese approach to pattern clash – an aesthetic rapidly gaining traction in some quarters of the UK; Goodhood’s comprehensive Needles buy bears this out. In other words, stick these trousers with a powerful argyle cardigan, an appliquéd shirt and perhaps a pair of leopard print shoes. From one perspective it’s a powerful statement of self-expression, from another you’ll look like Papa Lazarou.

And the one way not to wear them? Simply don’t buy them. Put them out of your mind. They’re not for you broheim. They’re £600 remember. You’d have to be an entirely spherical anus to afford that. And that’s surely not you. Is it?