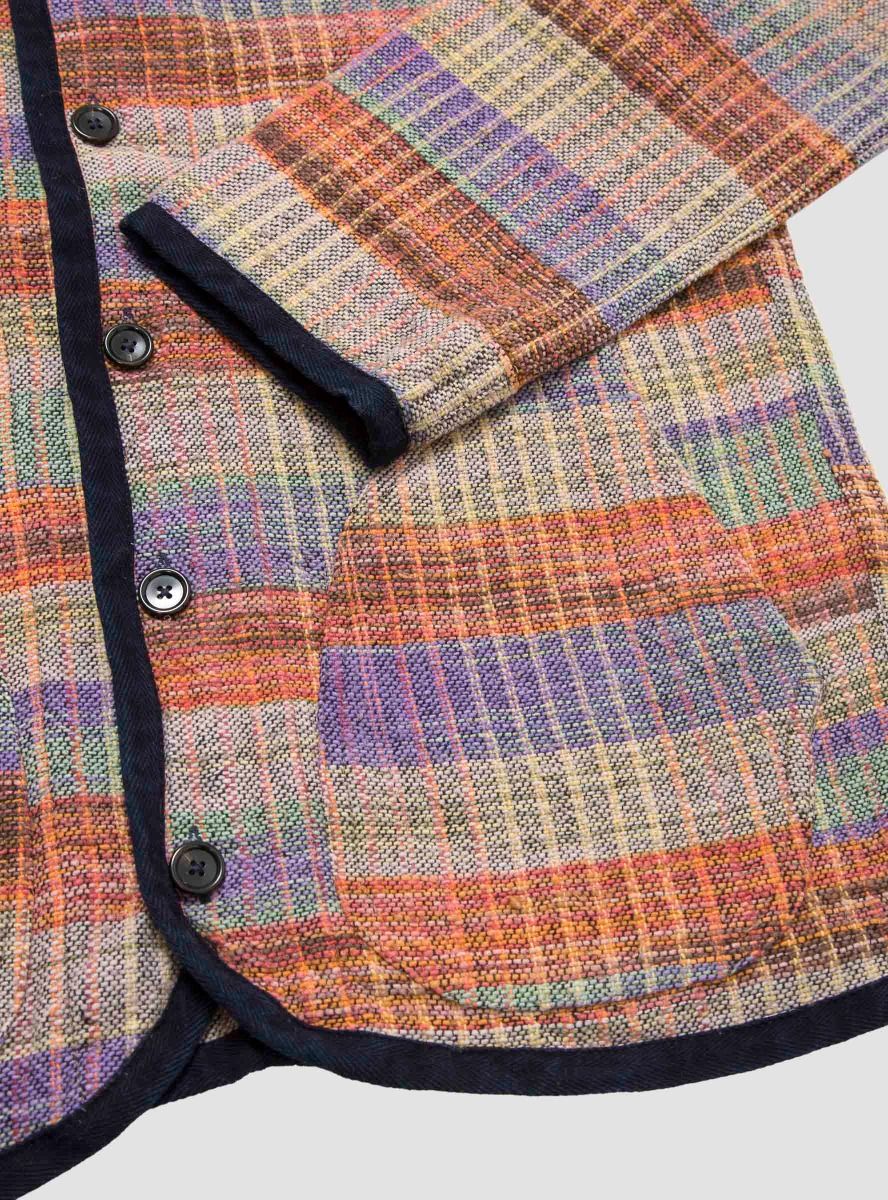 Looking for a shortcut to an ‘earth brother’ look? Just slide this cardigan over a tee (add beaded necklaces to taste) and you’re there. Then, at your next social gathering, tell everyone you’re only having three cocktails because you’re exploring the Somatic practices of deprivation and poverty. And quickly point out that you only decided on the ‘poverty’ bit after dropping £275 on this cardie.

Yes, this is the ideal piece for the monied middle-class to wear while considering the depth of their commitment to a counter-cultural lifestyle. It’s by Gaijin Made and called a Chom Thong Cardigan – named after a region in Thailand and the weaving technique developed there. Add in the fact that this piece is hand-woven and has a natural, vaguely crude look and bingo. It’s a full house of artisanal narrative. Of course, these days, nothing is anything without an ‘authentic’ story. And here’s a story that features an underdeveloped far off country, an old timey weaving technique and a made by hand product. That the story ends with you buying it from a Notting Hill boutique is not relevant.

For all my speculation around what kind boojie bullshitter might end up wearing this (and yes I include myself in that), it remains totally a piece. It’d be strong layered up under a winter coat later in the year. It’d be useful now as a summer evening warmer. It won’t give you a taste for vegan sausage. But, for a while at least, you can pretend it does. Until you grab a cab home and you’ve just got to stop for a Big Mac.