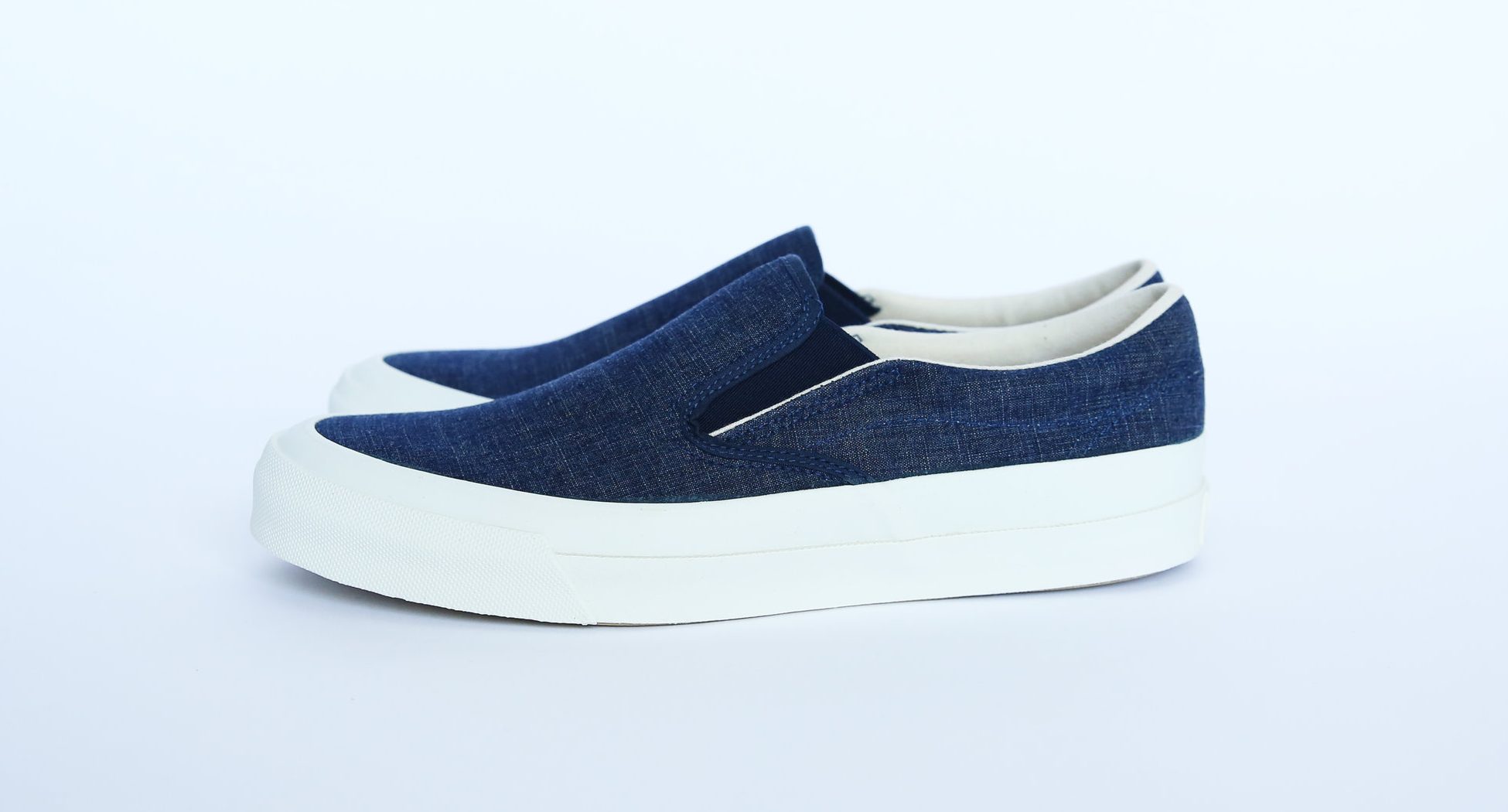 There’s something about indigo in the sunlight. I understand that, scientifically speaking, most things are more visible when the sun’s shining. But the opulence, the profundity of colour that indigo dyeing affords, is really triggered for me under a cloudless sky. Which makes these Asahi kicks (from yesterday’s drop at Alpha Shadows) so appealing. A baggy, off-white, pair of trousers, a simple navy long-sleeved tee, maybe a pair of Max Pittion Politicians, all punctuated by a pair of these. That, right there, is exactly the kind of stripped back, urban minimalism so beloved by readers of Monocle. Personally I’d say that look is still missing something, but I’ll get to that in a second…

Made in Kurume, the Japanese capital of all things vulcanised, these shoes are extremely well priced for their quality. There’s a lace-up variation in the indigo, as well as other styles in white canvas. For me though, the indigo slip-on is the move. Worn with a straighter cut, full trouser (given a couple of rolls at the hem) they’ll offer a look of laid-back insouciance, entirely in-keeping with the ‘give no fucks’ (secretly give all the fucks) attitude continually espoused by this site.

As far as the something missing from the Monocle-style fit I describe earlier, I’d probably lash on a Japanese style bucket hat and one of these necklaces.

It’s from Kaptial and made from French linen, again indigo dyed. I rarely feel like a totally minimal fit works hard enough, so adding a detail like this – which would look killer-considered in partnership with the kicks – would power things up nicely. Just a bit of seasoning, a dash of sprezzatura, to hang your shades from when the clouds inevitably show up to ruin your vibe.