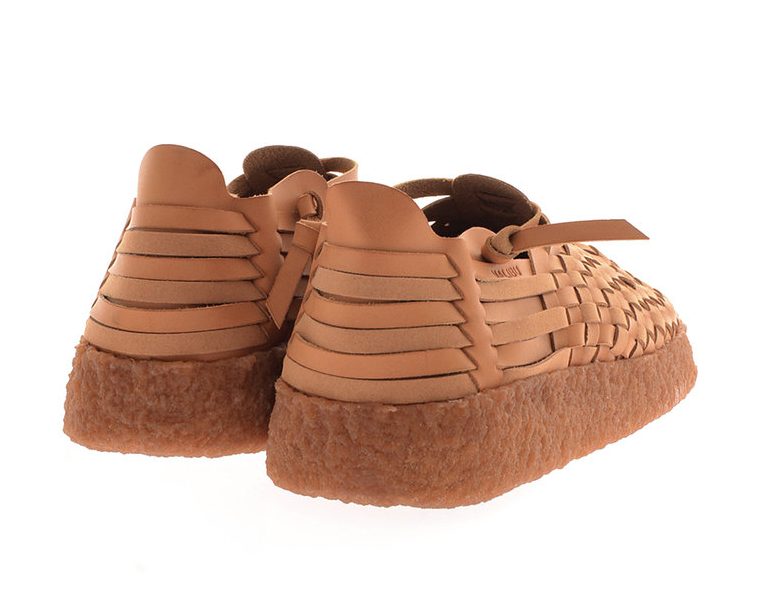 Somewhere between a Navaho reservation and a Ginsters Steak Slice you’ll find these. The brand is Malibu. And the style (one that’s become rather familiar to fans of indie menswear retailers in recent years) is called Latigo. What appeals about this specific pair is the addition of a gum sole instead of the more usual white EVA. Normally I’d swerve a gum sole under all but the most urgent circumstances; you just can’t clean them. But for a warm weather shoe, one that shouldn’t encounter slush, mud or puddles, maybe they’re starting to make sense?

So far I’ve resisted Malibus season after season. I’m head-first in a quandary. On the one hand the style looks familiar. On the other, you rarely see anyone wearing them. Do they feel a bit played out because I’ve seen them over and over again on menswear sites from Belfast to Bangkok? Or are they actually? Like, in real life? I have no idea. I saw a dude rolling in a pair in Peckham last Summer. But he was wearing the Missoni x Malibu collab. A bit wack? I just don’t know anymore.

Looking at them positively, the gum sole looks a little darker than most, so that might help combat grime and they’d defiantly be comfortable. They’re £150, which is doable. And no doubt they’d look just the right side of weirdo-interesting with loose jeans or crumpled cotton trousers. On the neg-neg, it’s the same wanker’s issue I was discussing the other day, they’re seriously available. I mean, you can buy Malibus in Harvey Nichols.

I literally have no answer. I really like them. But the snob in me is holding me back. I really am an objectionable individual.