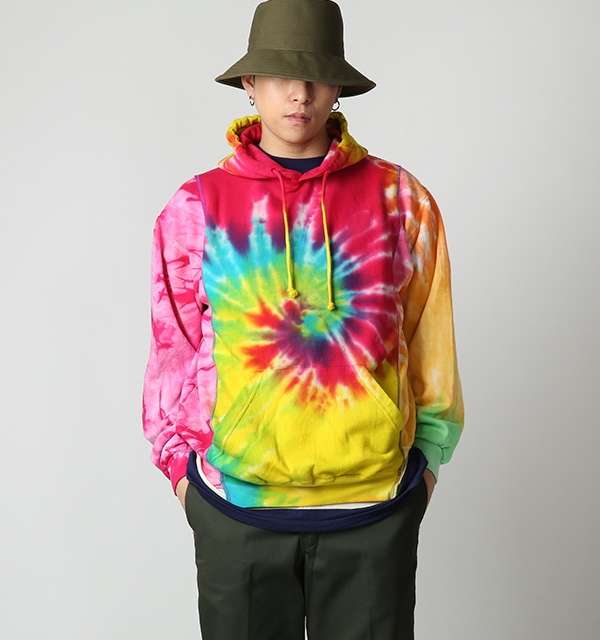 Yes, yes, Needles again. But come on… the SS18 kit is starting to hit the indies now at pace and as usual Needles has a habit of tossing up pieces of wearable tomfoolery so idiotic they verge on genius. Look at this piece. Back in 1989 it’s what an undercover plod would wear to ‘fit in’ at a Sunrise rave. Now it just looks like a gap-year Aussie who’s been finding themselves in the rice paddies of Bali. But it’s by Needles right, so I must be missing something?

I expect it’s the 200 quid plus price tag. For that you get what appears to be three different hoodies, tie-dyed and overlocked together. The hem at the front is uneven (as is frequently the way with the Needles Rebuild offshoot) and, well… unsurprisingly there are a couple of pockets and a hood. Just like a regular hoodie. But as I say, this is Needles. It’s not a regular hoodie. It’s three regular hoodies sewn together.

You might want to steer clear of this. I say that only because it’s the kind of thing I can imagine A$AP Rocky ‘discovering’ and wearing the tits off. Thus compounding the myriad challenges this piece already has with the most degrading cultural baggage.