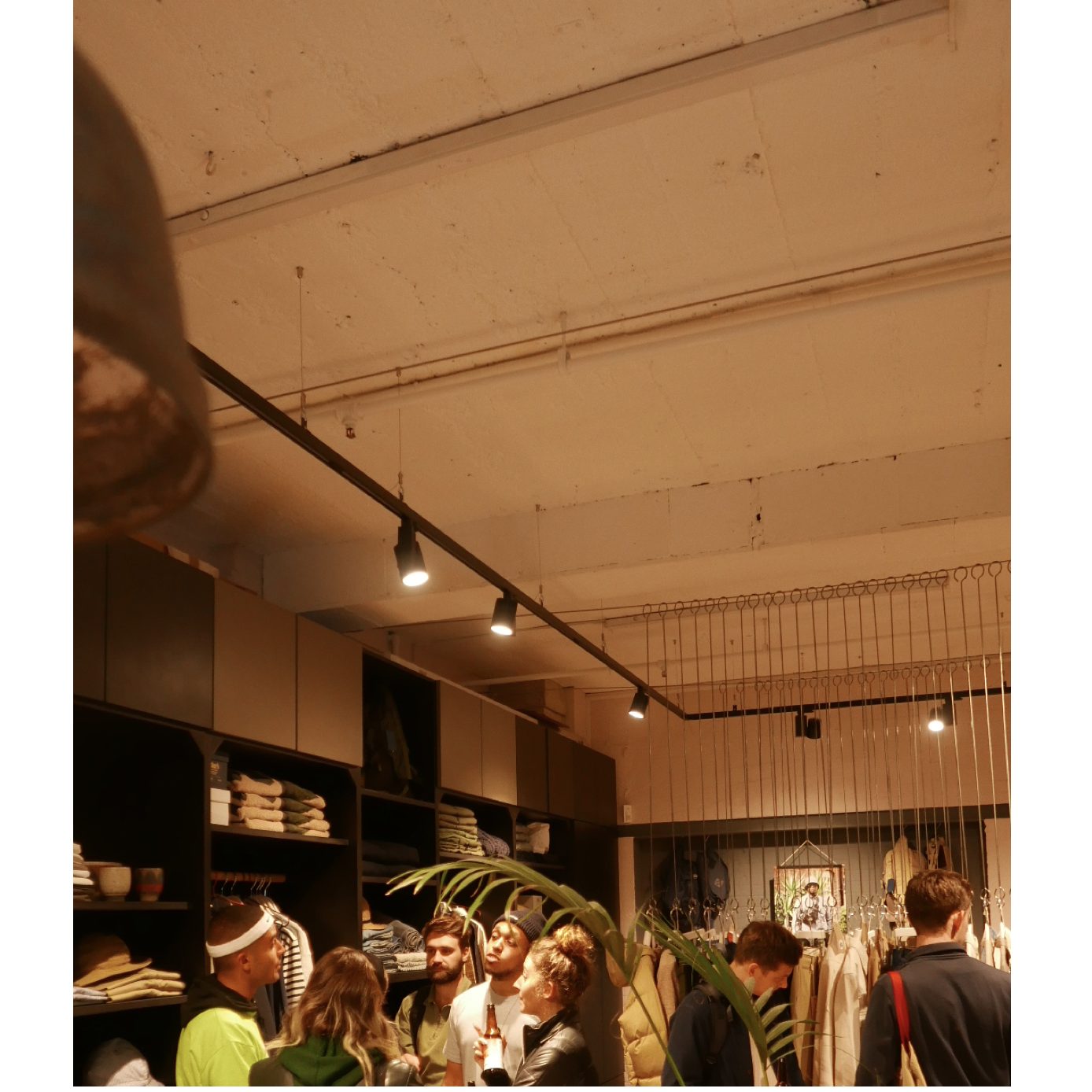 Jr&Co is a locally made brand. The three hats are made with Halley Stevenson black waxed cotton. There’s a buckety one, a cappy one and one that looks like a dropped blancmange. As hats go, they’re very nice. As happenings go it was a bit boozy and featured a gathering of formal wear blasphemers in high-end labouring gear and antagonistic prints. I took a few pics. These are they.