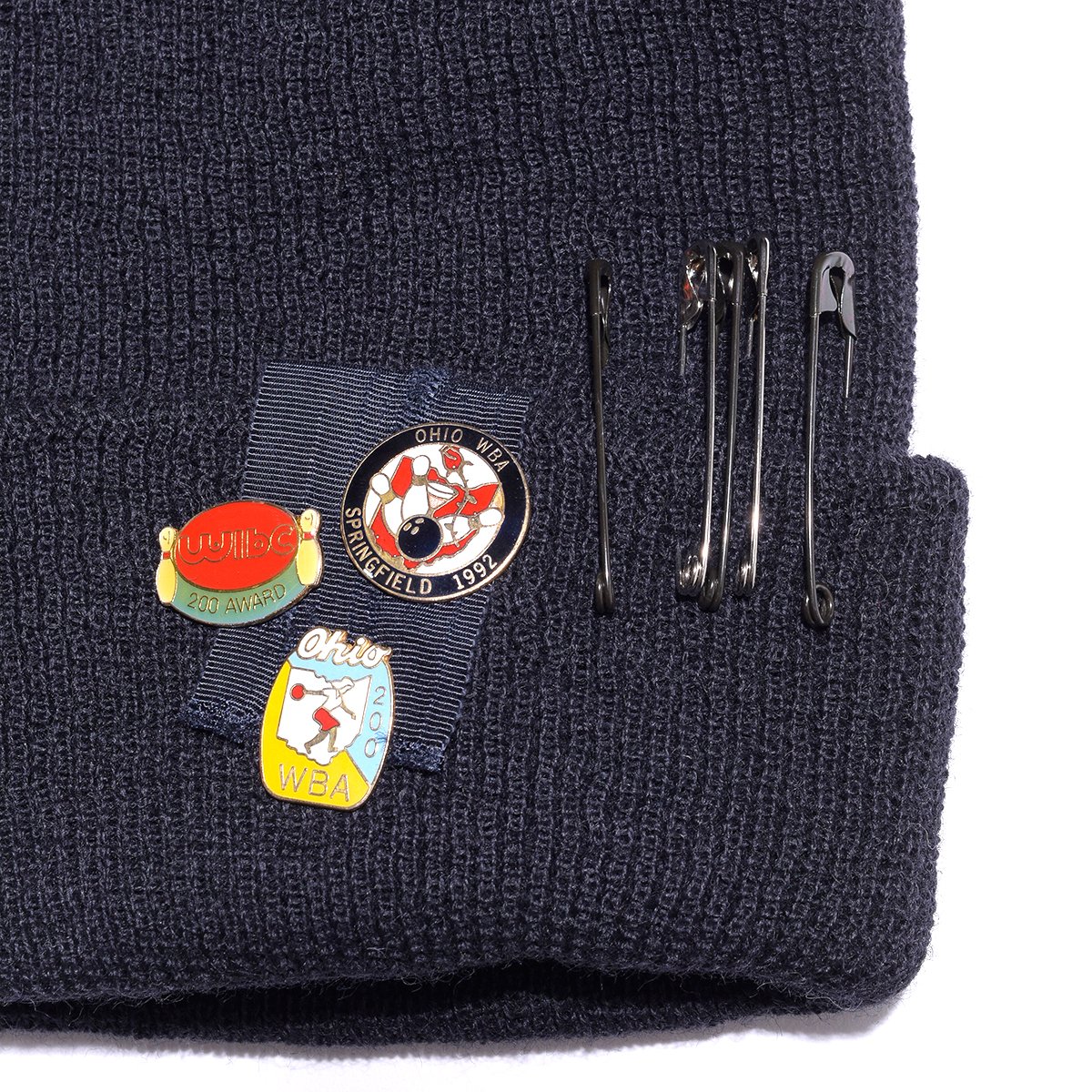 Some safety pins. Some airport tat. A woolly hat. Separately they are nothing. When joined, to the exacting specifications of brand and human man Albertus Swanepoel, they become something.

Something what? What even is a something?

A hat? Perhaps? Does it speak to you in the metaphysical? Do you read it as being? What does it know? Can a hat know?

Created from riddles. Sewn with a metaphorical thread, thread that is simultaneously both metaphorical and actual. These aren’t hats. Hats are for wearing. These are for thinking about. Shudderingly intoxicating representations of identity, time, and space. Think on people. Just hats of wool and pins? Or much much less?