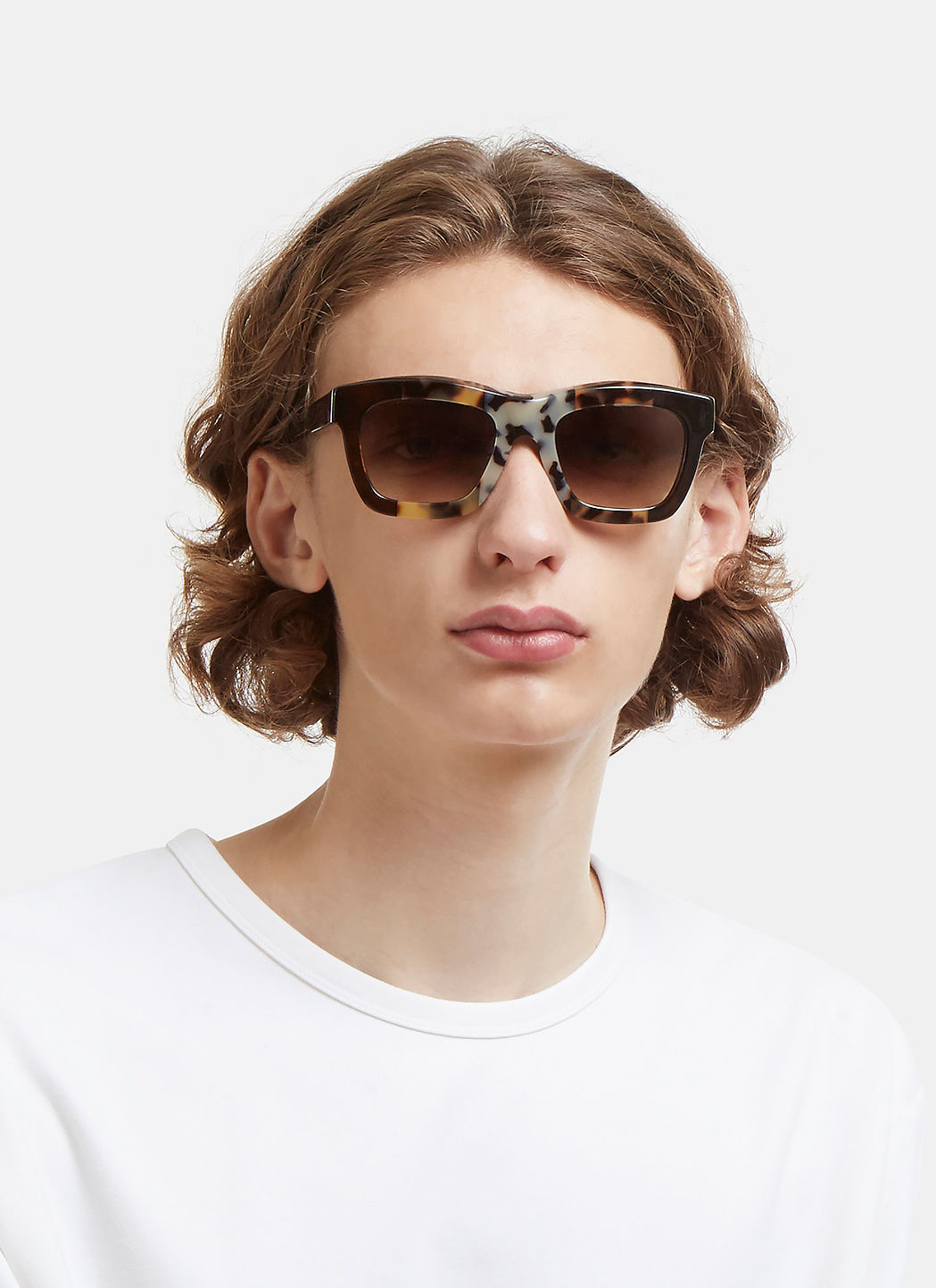 Sometimes, it’s best just to let a brand speak for itself:

“Kuboraum are masks designed on the face of those who wear them, masks that highlight personality and emphasize character. The mask is synonymous with mockery, with game. the Kuboraum masks are synonymous with accentuation, protection and shelter. Kuboraum are like cubic rooms where we shelter ourselves, where we are free to live in our intimacy, where we live all our identities and look at the world through two lenses.”

This is Berlin based brand Kuboraum. In case it’s not clear, they make glasses.

I guess the reason for the somewhat quizzical expression on the chap at the top of the page is clearer now. He hasn’t got a straight fuck what’s going on. “Cubic rooms“? Masks synonymous with accentuation?

I admit, this breathless artistic pseudery is a soft target. It’s just rarely do you see so much of it crammed into such a small space. Could it be that the writer actually believes this nonsense? I’m all for smart design elevating the mundane, but, lest we forget, we are just talking about sunglasses here. Things to put on when it’s sunny. Which makes it all the more difficult to fully comprehend the following musing from their website.

After spending considerable time on Kuboraum’s site (and, yes, synthy-ambient Soundcloud) I have to say, I do now feel rather foolish. Traditionally I’ve selected specs or shades based on whether or not they look okay on my face. I realise now I should have also been factoring in “liquid identities” and “bodyscapes.” Still, even to a philistine like me, these square, bold tortoiseshell numbers look pretty good. I mean I say good… I mean monumental… from a shamanic perspective.