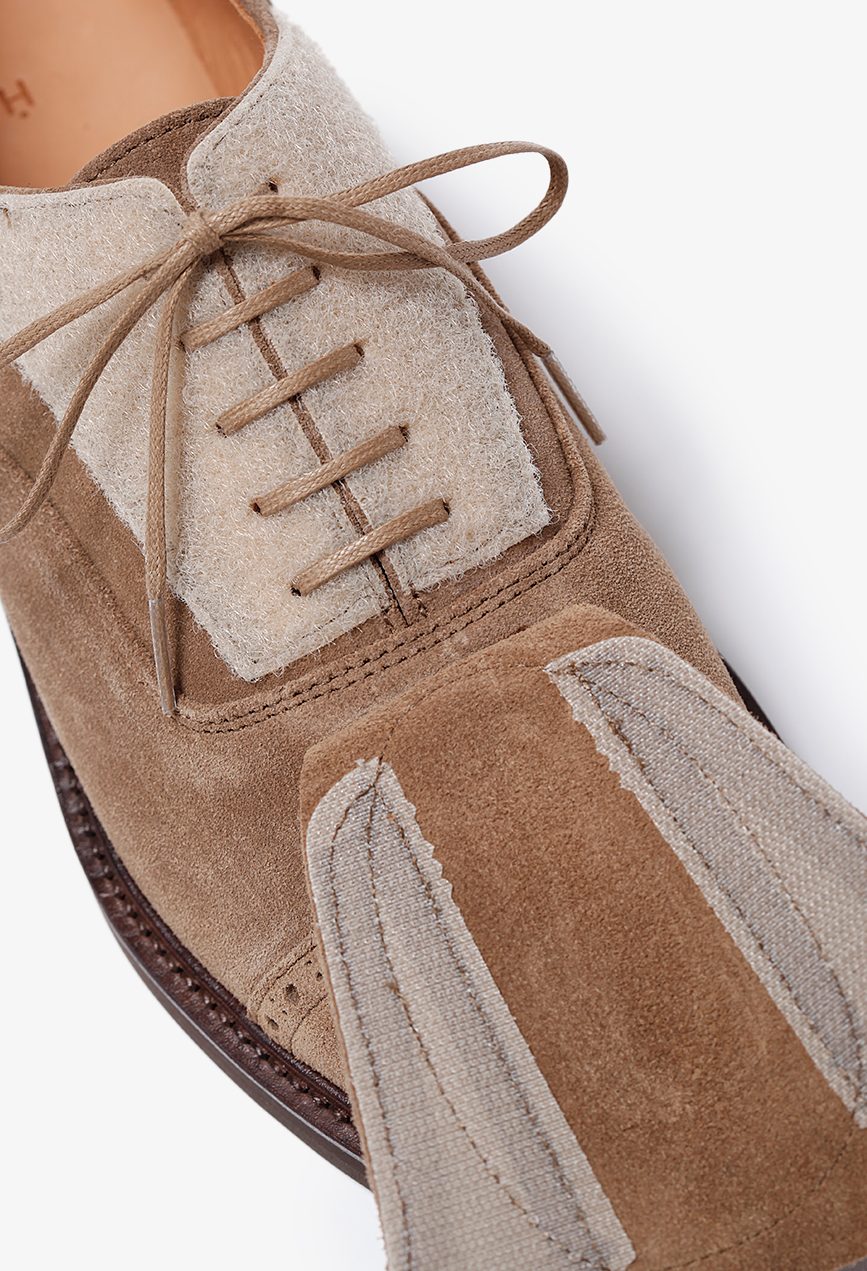 These shoes are called Mutation 2. Presumably because, in a sort of way, they mutate. Not sure I ever saw Mutation 1; must have gone straight-to-DVD.  Anyway, as I say they ‘mutate’. In so much as there’s a big panel that velcros over the laces. You could wear it up or (presumaby) hanging down and danging. Mutate. MUTATE. Is it me or does mutate seems quite a strong word for a velcro patch?

These are from Hender Scheme, and come with a predictably Hender Scheme-ish price point. So I suppose for 400 quid you’ve got to expect a 400 quid name. A name like Mutation. Rather than say, a 99 buck name, like the Distort-o-Shoe or the Pedi-Morphosis.

But title aside, are these shoes actually any good? Would you, in the most literal sense, wear them? I think I probably would, although I do feel their power comes from being fully formed. With the lace shield(?) up we’re in a freaky world of 1960s sci-fi: space-brothels, three-nippled ladies and lava lamp inhalation.  With the lace shield down, you’re just going to get bits of carpet stuck to your shoes.

Apparently they’re water-resistant and feature a Vibram 2055 sole, which is all well and good. But just think about that ear-splitting rasp of tearing velcro every time you want to lace your shoes up. Mutation 2? Think I’ll wait for the sequel.