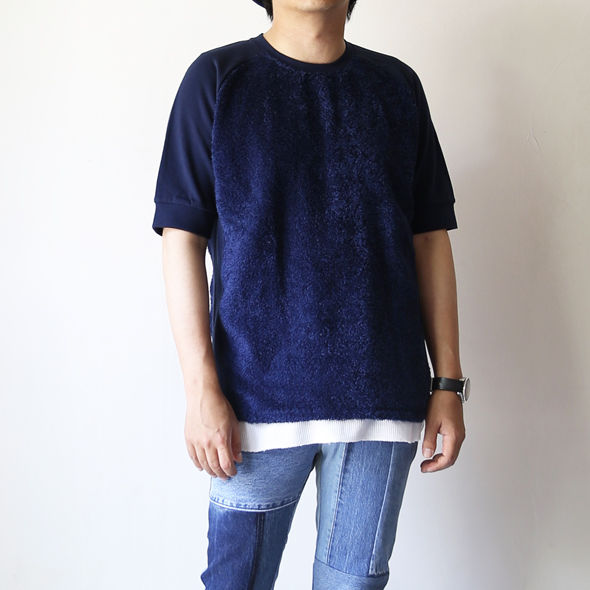 The voyage towards innovation is littered with the debris of practicality. Understandable really. The last thing you need when you’re breaking down boundaries and prodding at the envelope is an excess of logic and reason. Thus we find this t-shirt. Built for those boiling-hot sunny days that are oddly freezing cold.

The brand Curly launched in 2007, with a remit to explore organic cultivated cotton and recycled bamboo fibre. In fact they’ve used Bamboo Rayon in the creation of this. This uniquely tricky top.

Worn on its own, as t-shirts frequently are and in the temperatures they frequently are, you’ll boil. I’d be forced to wear it over a long-sleeved tee in chillier periods, making it something of a demi-sweater. I mean, let’s face it. It’s neither fish nor foul. It’s neither t-shirt nor sweater. But it is furry. The kind of conundrum that should only be faced by the most committed menswearman.