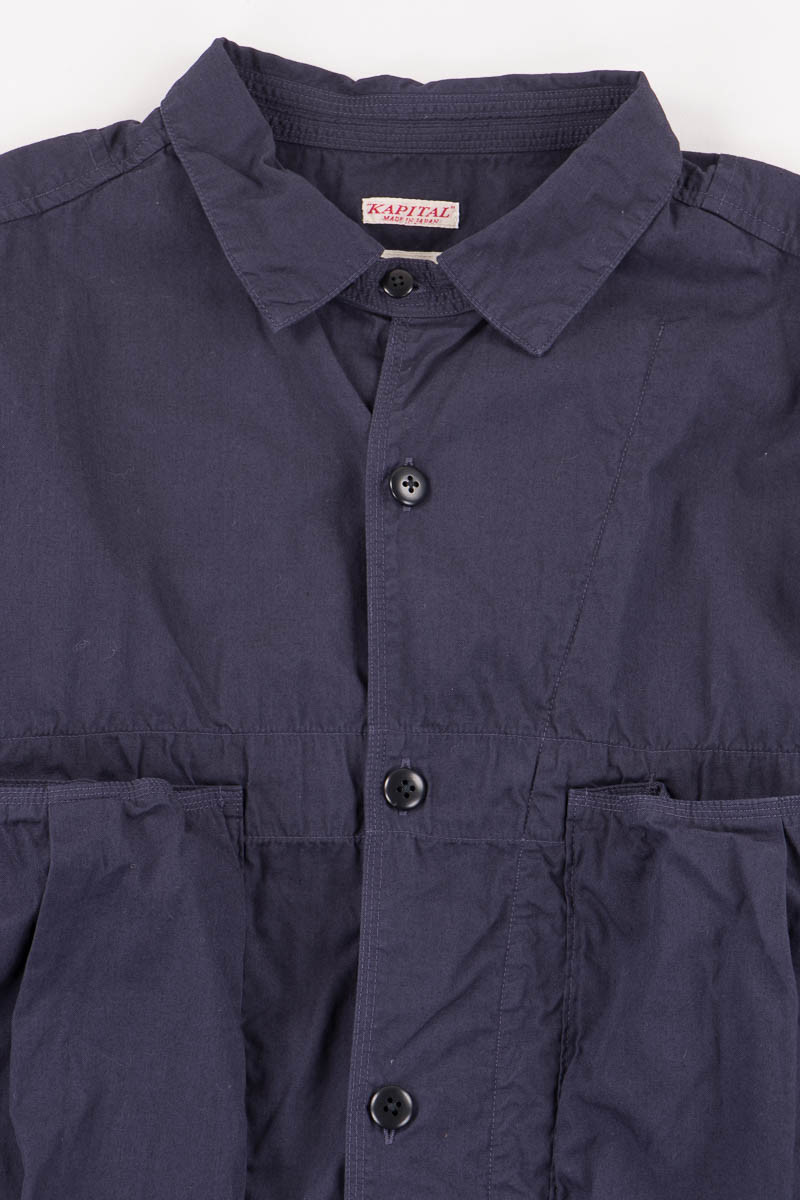 There’s a precociousness to Kapital’s clothing that isn’t for everyone. A steely adherence to an aesthetic which, at its most wearable, appears complimentary to brands such as Engineered Garments, Nanamica and Post Overalls and at its most challenging seems to exist only to service ageing Japanese greasers.

The brand seems welded to awkwardly organic, curving hemlines and button plackets, while the brand’s much heralded Ring Coat (seemingly constructed entirely from pockets with a duvet for a collar) has the hanger appeal of a Shepherd’s Pie. It’s a difficult brand.

That said, I love it. While I can’t claim to take the full Kapital lookbook literally (much of the most freak show pieces tend not to get UK distribution to be fair), I do like to mix in some of the less knotty and labyrinthine offerings when I can. This shirt is a perfect example of wearable Kapital. Called the Anorak Shirt, its main claim to fame are those capacious front pockets. Unnecessarily voluminous and ideally worn unfilled, they just bag there, concertinaing, looking like the product of a design-mind you will never fathom.

So basically it’s a shirt with large pockets. You can grab it in khaki, chambray and washed denim, but I like the navy. Fundamentally smart and clean, but with a pair of (arguably) pointlessly giant pockets. Just enough of the Kapital DNA for most.