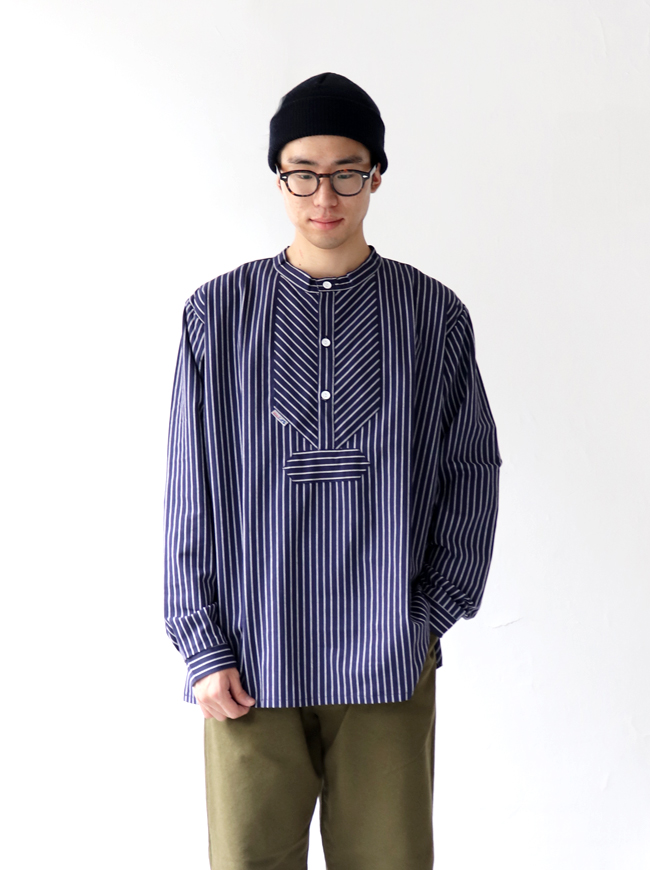 So, one minute you’re scrolling through Japanese casual wear site Strato and find a weird looking shirt from a brand you’ve never heard of. The next you’re following a link to Amazon UK, where exactly the same shirt is available for £22.84.

No question, clothes on sites like Strato or Digital Mountain just seem more desirable. Presumably it’s a combination of geography and impenetrable language, but if I see something interesting, I unconsciously imbue it with more value than something I can buy more locally. A position rendered embarrassingly redundant by this find.

It doesn’t hurt of course that this particular £22.84 shirt is worn by a cool Japanese dude with a beanie and arty specs. The optics are strong, even if the origins of the product are rather less luxe. It’s by a brand called Modas (rendered as ModAS over on Strato). It originates in Bremen in the north of Germany and focuses on shirts based on workwear worn by German fishermen.

Based on price and, I’ll be honest that weirdly cheap looking tag near the button placket, it’s safe to say we’re not in the realm of artisanal experimentation; this is not at Monitaly or Engineered Garments level. You can almost feel the roughness of the cotton through the screen. That said, the design is pretty freak-show. It may have originally been intended for keeping trawler-men comfortable as they smash Atlantic cod to death with their boots, but it wouldn’t look out of place on a LFW runway.

Strangely for such a workwear piece, it looks a bit la-di-da dressy. That placket, with its slanted fabric sections, and the horizontal piece beneath… it all adds up to an invitation to dine at Captain Birdeye’s table.

Having said all that… When I first saw it I quite liked it. Now I know you can get it on Amazon for £22.84 I like it less. A lot less. Unfortunately, for a dick like me, perception is all.