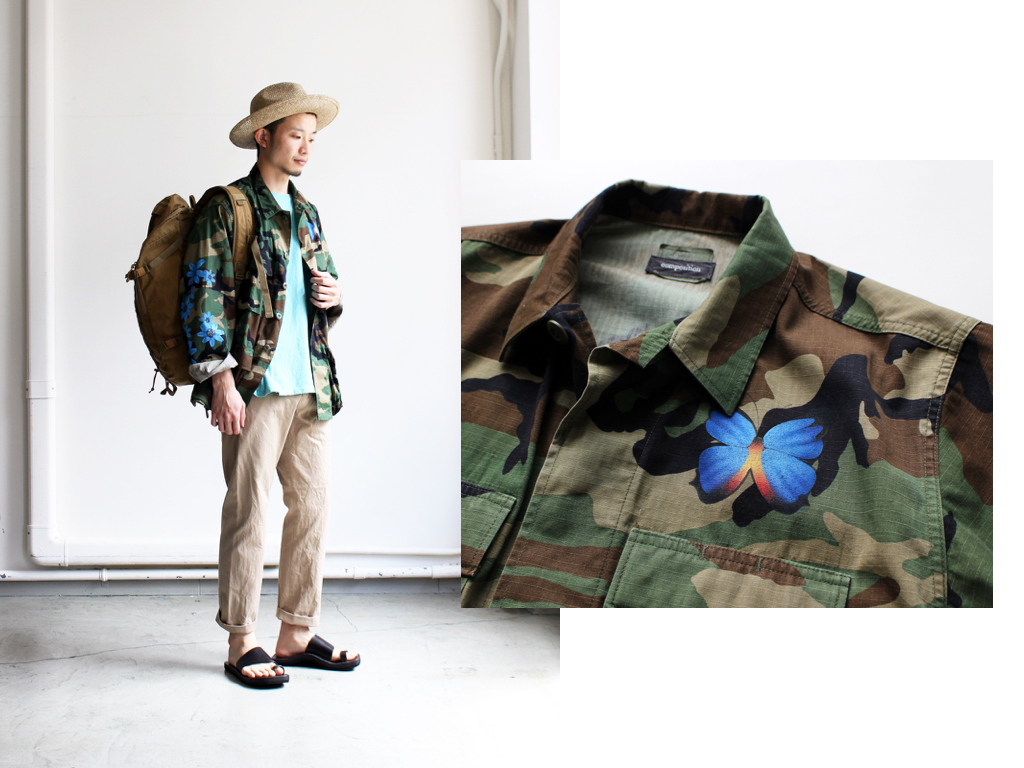 As dangerous tensions rise between the US and North Korea, we bystanders can do little but hold tight to whatever offers us a sense of reassurance and hope during these unpredictable times. Enter this jacket from Japanese makers Hurray Hurray. The brand name is unapologetically positive and their wares frequently reflect that. I mean, what kind of infant-headed, maniacal despot could bring themselves to hit the red button after seeing this mash-up of military camo and lovely flowers? And look, there’s a butterfly. I expect this would be particularly effective on a simpleton like Trump. I can see him all furious, his big chinny-wattle glowing red, because Jong-Un hasn’t replied to his text again. Trump’s about to action the ICBMs. Then his Minister for Guns strides in wearing this. And Trump sees the butterfly and the flowers, and he starts gurgling. He calms down. Pops in his dummy. And curls up for a sleep.

Called a “Remake Flower Army Fatigue Jacket”, the detail is hand-drawn on then airbrushed. It’s certainly pretty bold. I feel like this cool Japanese chap carries it off, while I might look like a middle-aged DJ trying to appear edgy, and failing. There’s something about this kind of stuff that, on a Japanese website, looks daring and vaguely pioneering, but on Oxford Street, on a Saturday, would look like it was grabbed from the H&M sale rail for 15 quid.

Suffice to say, this isn’t 15 quid, it’s 120. Which is still not much to be fair. Particularly when you consider it could avert a nuclear catastrophe.