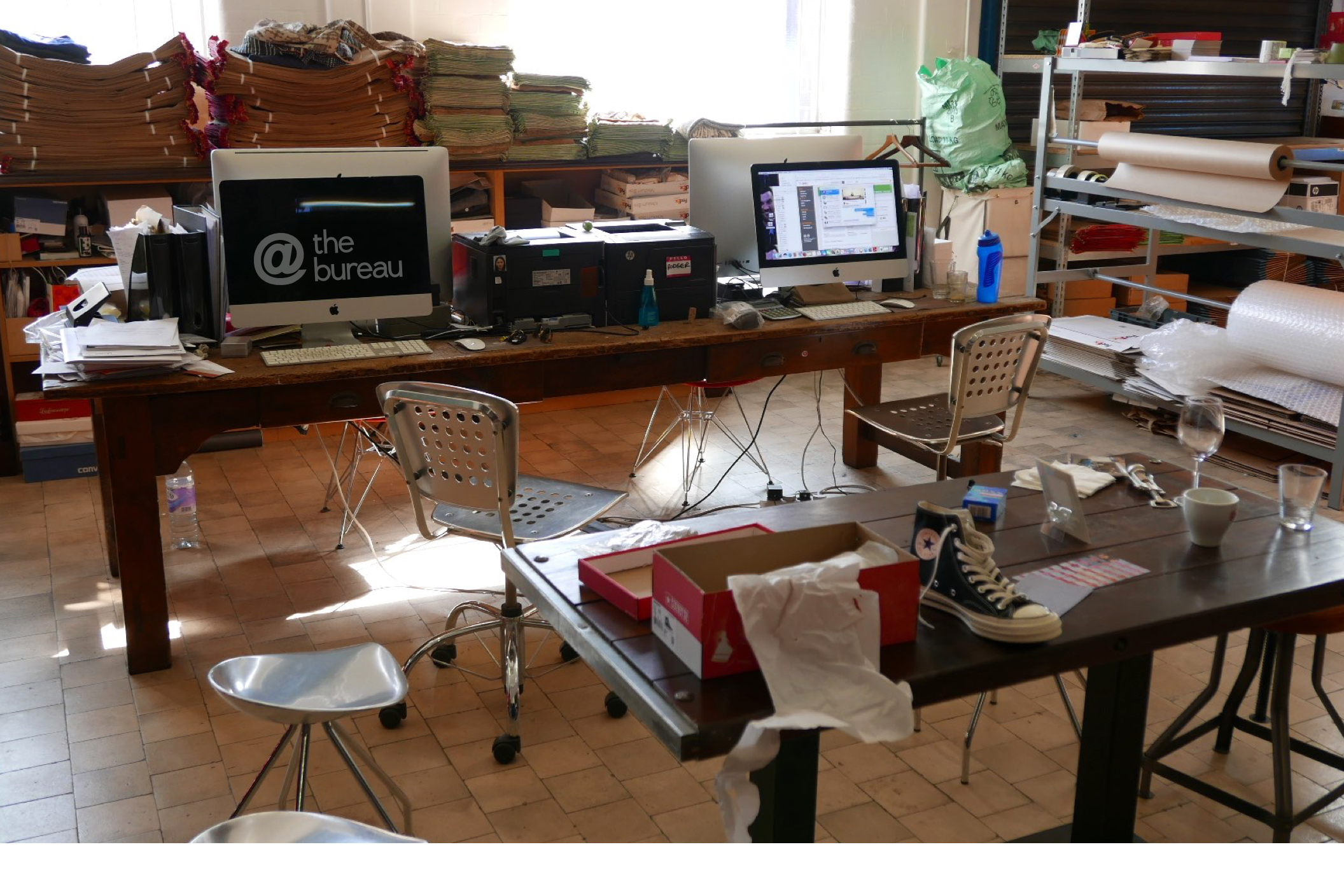 Anyone with even a passing interest in this site will know The Bureau. Based in Belfast. The most comprehensive selection of Engineered Garments outside of Japan. Stockists of the most credible brands in modern menswear. Home of the most important man in menswear. Everyone’s ordered from The Bureau. Few have visited. I’d never visited. Until a couple of weeks ago. Then shit got all sorts of real.

Just to be clear. The Bureau is a real place. It doesn’t just exist on the internet. The Bureau isn’t just a digital representation of outrageously desirable gear and pictures of dudes in hats that look slightly too big. It’s a real place. A place actually filled with outrageously desirable gear and dudes in hats that look slightly too big. If menswear is Oz, at the end of this yellow brick road there’s no silver-haired chap in an ill-fitting tailcoat, there’s a silver-bearded dude in a Visvim kimono.

So what went down? Firstly, the guys there, Roger (most important man in menswear) and Paul (store owner) knew me from this site – which was a massive surprise. We had coffee. We talked about menswear, the history of the store, the impact magazines like Arena had on us growing up in places far from London.

We spoke about other menswear stores, about visits from the teams behind Arpenteur and Yuketen and how they enjoy a few drinks around Belfast. They talked warmly about their great friendship with Daiki Suzuki. They gave me a glimpse into their planned autumn/winter Engineered Garments collaboration.

I bought a pair of Yuketen natural Bostonian sandals and a brass/brown snow jasper glass ring necklace. I wanted to buy everything.

Roger kindly invited us out that night to a working men’s club, just outside the city centre to see David Holmes and his new band Unloved. David Holmes gave me his CDs from his set. It was insane. It was ridiculous. In the best possible way.