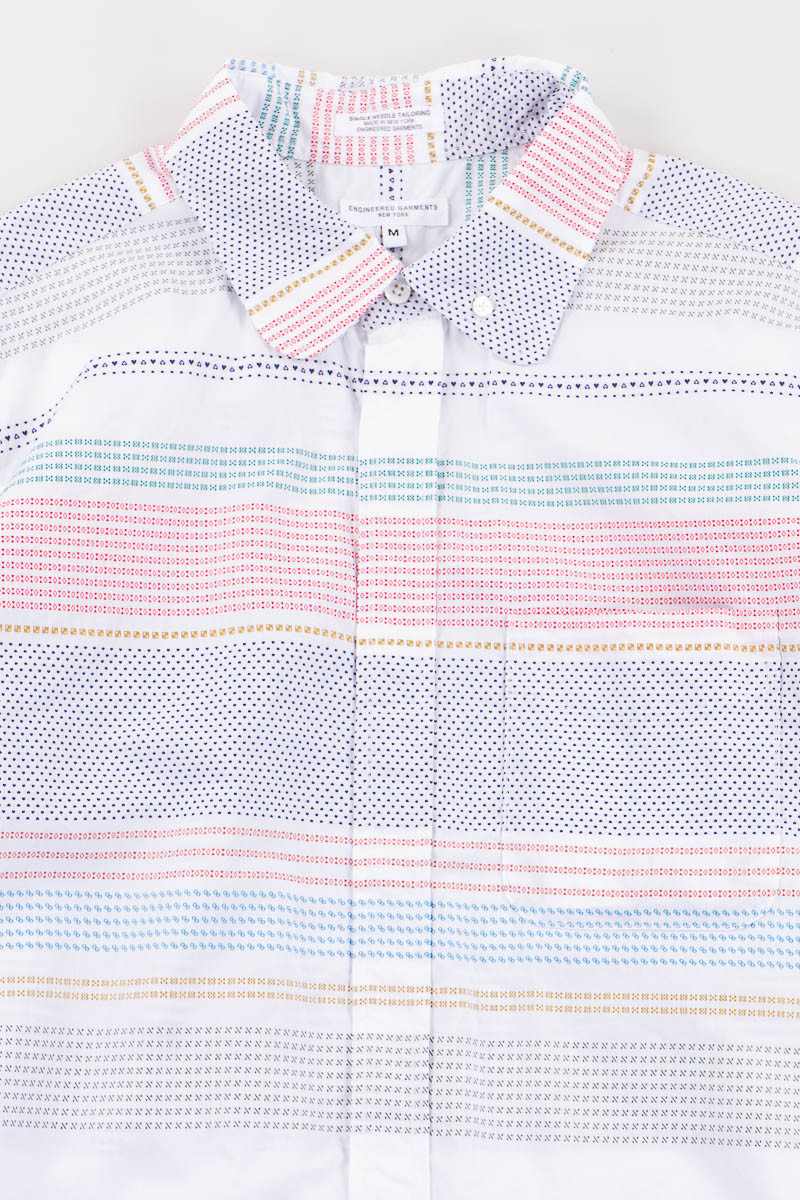 Direct from an 80s sweet shop, via a Haysi Fantayzee video, comes this terrifyingly saccharine offering from Engineered Garments. It’s Brett Eastern Ellis bongoed on a pack of Chewits and half a Sherbet Dib Dab. It’s Janet Ellis on glue.

It’s also got a terrifying price point of £344. Jesus Brexiteers, you really didn’t consider your imported premium casual-wear habit did you?

The ‘White Horizontal Dobby Stripe Rounded Collar Shirt’, to give it its full title, isn’t just an MTV ident made cloth, it boasts the traditional EG construction touches too. A single v-stitched pocket, those high-cut hems (which can in truth pop out a lower slung trouser rather too easily) and a concealed button placket. And check that collar, rounded, as EG frequently offers, but with the addition of one visible button. What’s that about? No idea. But I like it.

So that’s it. Personally, I’d roll with this come the sunnier days. It’d be ideal for lounging in the park, listening to Bow Wow Wow on my Walkman, sucking a fluff covered Spangle.