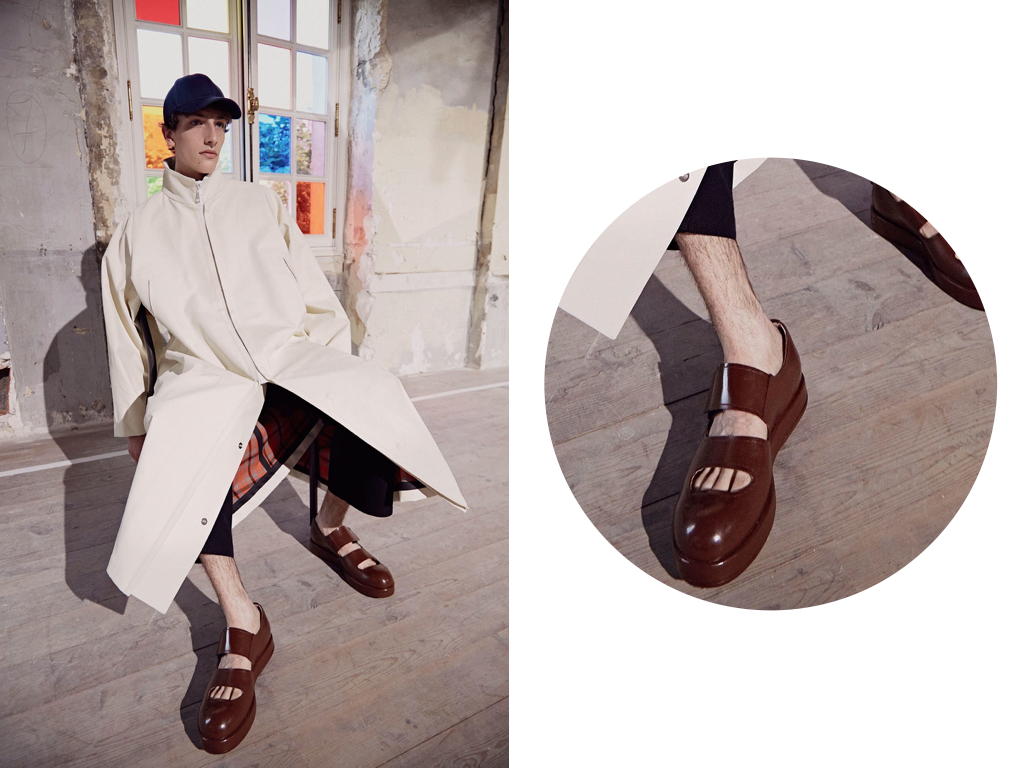 Simultaneously exhibiting the fundamental characteristics of both Birkenstocks and wellies, the SS17 footwear from Acne Studios manages to horrify and intrigue in equal measure. Whether you have a hankering for anti-bacterial footwear is neither here nor there – this is what the future looks like people. A post-capitalist future of chemical warfare, pestilence, flesh-chewing mutants and fashion-forward rubber sandals.

To my mind they look too shiny, rather ladylike and uncommonly effete. Makes me wonder why I like them so much. I don’t usually intercourse with Acne. I find the brand a bit pristine, too arch, too clearly reaching for different. Strangely though, I can see these shoes working with chunky walking socks, a scrunchy pair of wide chinos and a packet of French cigarettes.

They aren’t available on the Acne Studios’ site yet. And I certainly wouldn’t like to hazard a guess at their eventual cost. But they are weird. And I think, if you de-emphasised them, by teaming them with some raw, haphazard natural fibres (rather than the suggested knitted shorts and bloodless legs) they could look banging.