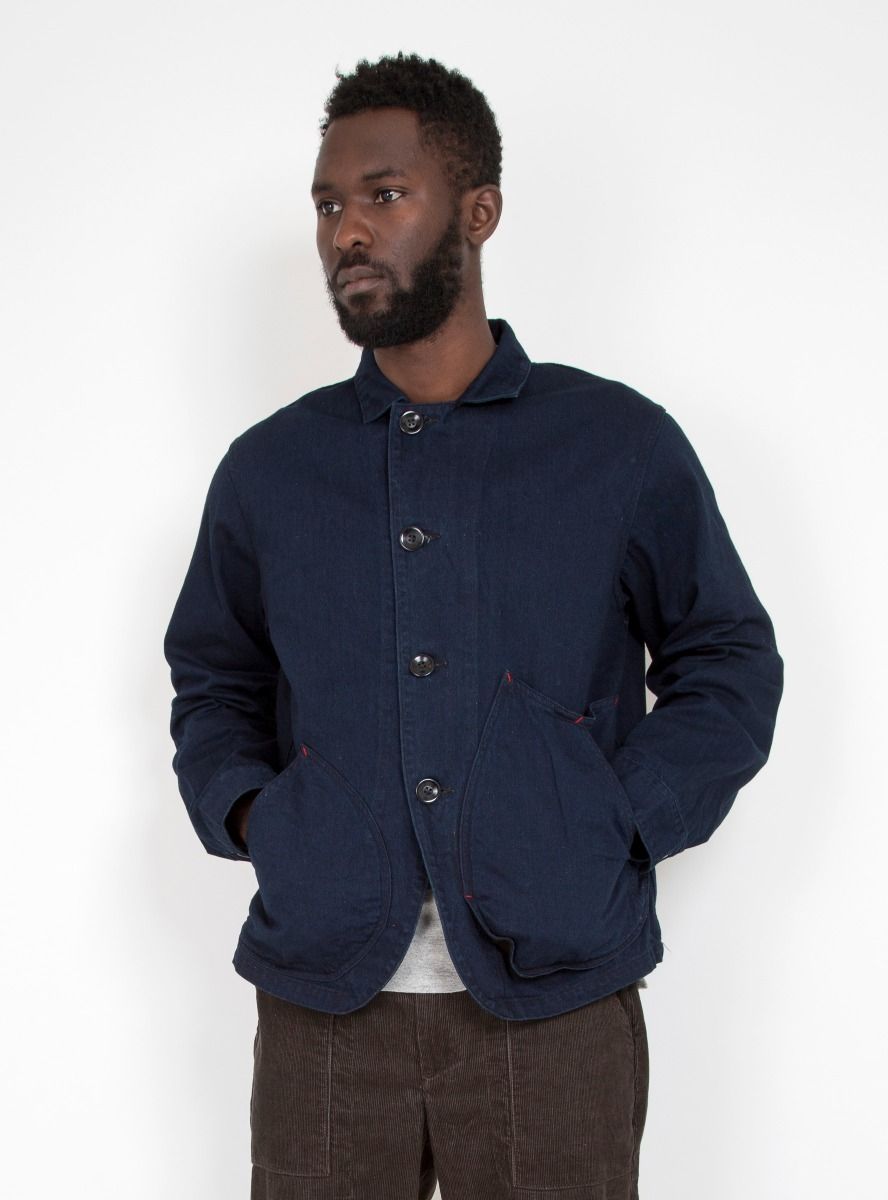 So, do I think what I actually think, or am I just being told what to think and then thinking it? One of the many casualties of the whole ‘Brexit, Trump, the whole world turning into Nazis’ thing, is belief in independent thought. At least amongst left leaning liberals like myself. Echo chamber. Echo chamber. Echo chamber. I hear it so often it’s like it’s been screamed into itself. Do I really only consume media which validates my pre-existing beliefs? Maybe I do? Do you? If so you’re probably going to buy this jacket. If you don’t already own it.

They’ve only got one of these Kapital jackets left over on Garbstore. It’s a size medium, which seems perfectly adequate for their 6ft 2″ model, so unless you’re Geryon the three-bodied Grecian giant, or a bit taller than 6ft 2″, you should be okay.

There’s a bonkers wonky pocket on the back too. Apparently it turns into a, “twin box pleat vent.” I can’t envisage that. And since retailer Garbstore have no pictures of it in this transformed form, neither can you. Maybe it’s your bag, maybe not, but as I said earlier, it probably is because you’re reading this, and only this, here, now, forever.