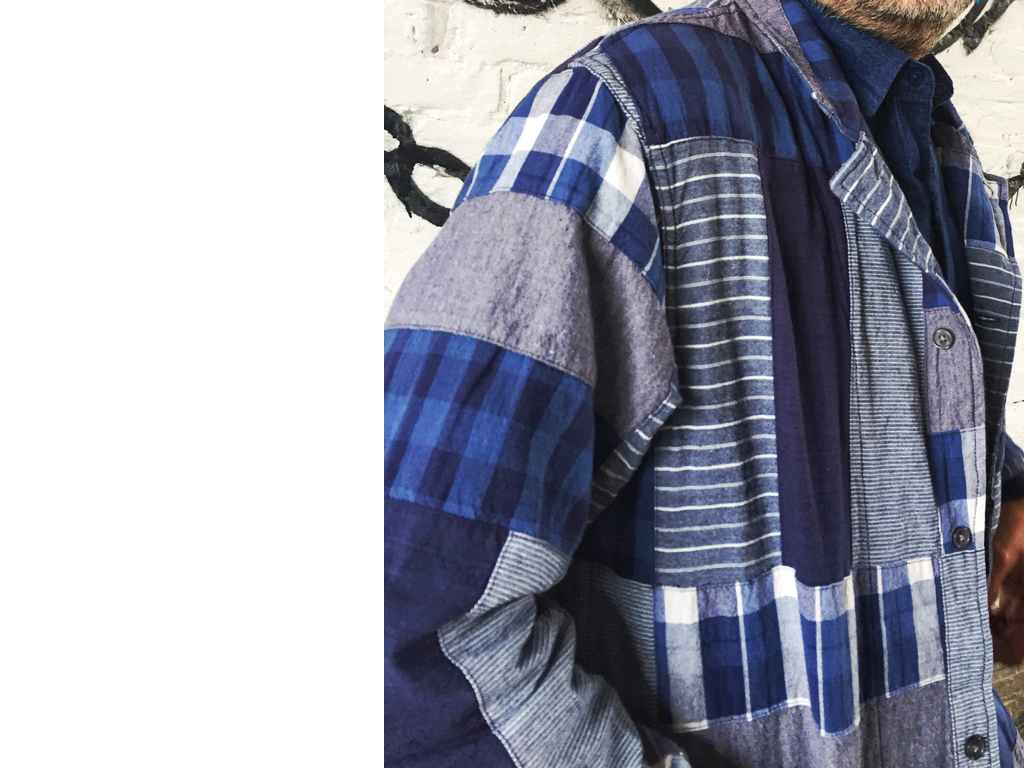 For months I’ve had my eye on this Rough & Tumble jacket. I showed it to my girl online and she said, “it looks like something from Ted Baker.” So I didn’t buy it. I frequently stared at it on The Bureau. I watched it enter the sale and drop in price. Then it dropped again in the next round of further reductions. And I kept thinking that, to me at least, it didn’t look anything like Ted Baker. Then it sold out at The Bureau. So I forgot about it – right up until the moment I remembered it. Three weeks ago I found myself staring at the last one in Nepenthes, New York. “That’s nice”, my girl said. “What?” I said. “What the hell? This is the jacket I’ve ben going on about for months, you said it was like Ted Baker, you said it was horrible, you said I should definitely, definitely not buy it?” “I like it now”, she shrugged.

So I fucking bought it.

Nepenthes only had a large left. I probably would have preferred a medium, but it was down to about 100 quid so I wasn’t complaining.

I wore it around New York and in the aggressive heat and luminosity of late summer it felt right. I debuted it down Peckham two days ago and beneath the overcast sky and mushy grey light, I felt like a bit of a plum. This is not a shy and retiring piece.

The whole look is from the Nepenthes family: Engineered Garments trousers, McKinlays x Nepenthes shoes and a new season EG tee, which has a line drawn, black on navy print so difficult to make out, I’m still not actually sure what it is. You’ll also see above I’m wearing my new Kapital cat bracelet. I don’t like cats. I wear it to remind me of the importance of tolerance. You know, like when your life partner puts you off something, then changes their mind months later for no discernible reason.