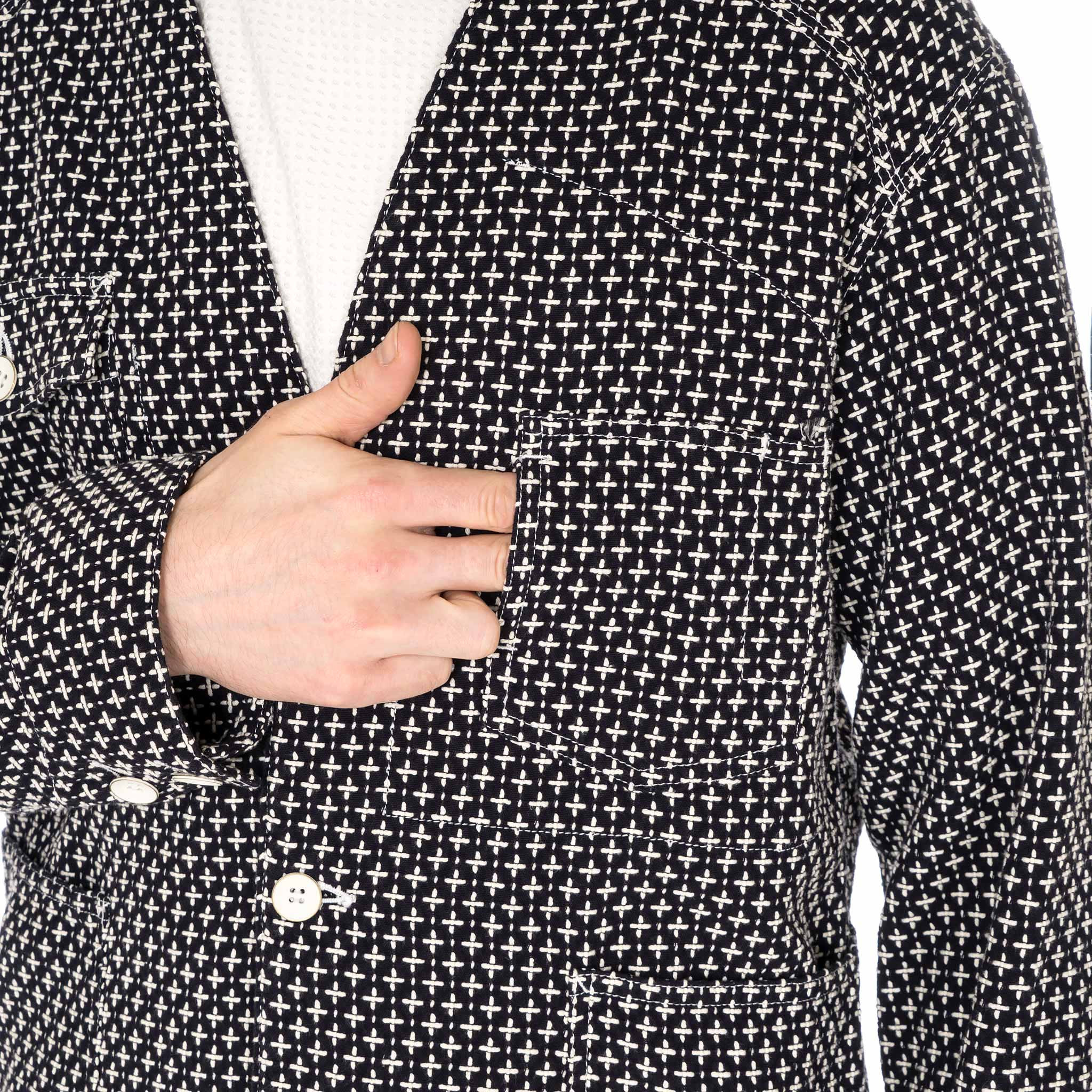 Canadian retailer Haven is on fire right now. The last couple of weeks have seen drops from Junya, Human Made and Undercover – they just seem to be getting more late season stock in than anyone else. Sasquatchfabrix dropped most recently, and this murderising Sashiko jacket is a standout.

Sashiko, meaning ‘little stabs’, is an ancient Chinese and Japanese stitching technique, used initially for mending and later for decoration. White thread on indigo fabric is the standard configuration, and that’s reflected here on a classic workwear shape. To western eyes, it kind of looks like a cardigan. And an expensive one at that. Expect to dig out 431 Queen’s heads if you want to peacock around your Wetherspoons in this.

It’s got a Post Overalls feel to me. Particularly with the addition that left hand, horizontal access pocket – which I’m sure has a name, I’m just not in the Googling mood right now. Anyway, it’s crucifyingly pricey, and it’s sort of a cardigan. And of course it looks inhumanly cool. Any dude would only have to throw on a plain T, some old jeans and this jacket to upend the sexual spectrum at any social gathering. Women, men, animals and plants would all want a slice. Not the worst problem to have.